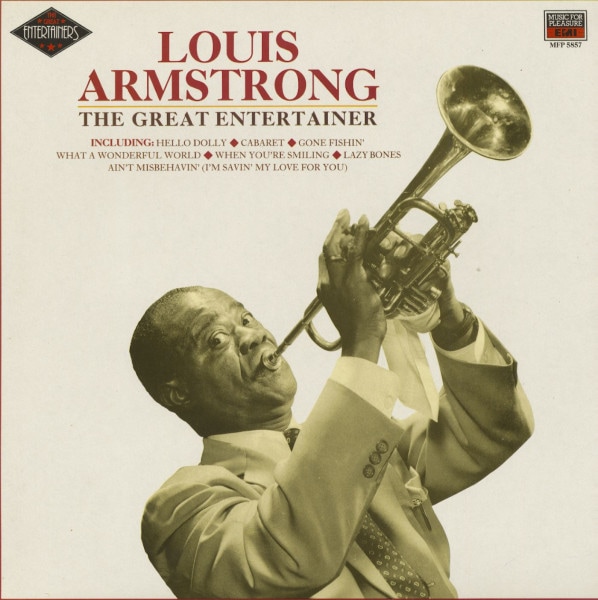 When LOUIS ARMSTRONG finally took his trumpet to the great jazz band in the sky in 1971,  it was the end of a legendary musical career that had lasted for almost 54 years. Louis was born on July 4 1900 in New Orleans and at the age of 17 he met the legendary jazz musician King Oliver who took the fledgling trumpet player under his wing and started him on the road to success. In 1922 Satchmo — as he became known —joined Oliver's band full-time in Chicago and the next few years saw him working with many of the jazz musicians to be found both in Chicago and New York City. A major break came in 1929 when Satchmo appeared in the Hot Chocolates revue in New York City.

Three years later he made his debut in Britain, appearing at the London Palladium and performing in front of King George V and Queen Mary. Satchmo made his first recording in 1923 as a member of King Oliver's Creole Jazz Band, and two years later he made his vocal recording debut with the Fletcher Henderson Orchestra. It was the beginning of one of the longest recording careers in the history of popular music. Over the decades Louis Armstrong recorded hundreds of titles. In 1964 he had his first million-selling single with Hello Dolly and four years later at the age of 68 he had another with What A Wonderful World.

The following year he returned to the UK to star at the top North of England venue Batley Variety Club. Louis Armstrong The Great Entertainer is an appropriate title for this collection which embraces favourites like Hello Dolly, What A Wonderful World and Cabaret with other standards like Blueberry Hill, Gone Fishin' and Lazy Bones. And one thing is certain, wherever Satchmo is now must be a happier place for his presence.
Chris White 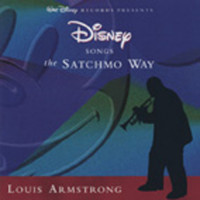 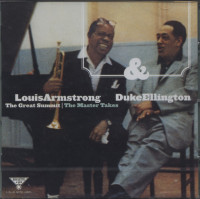 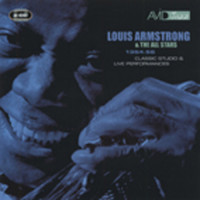 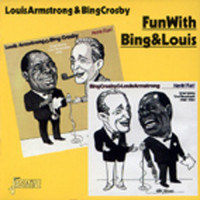 Tracklist
Armstrong, Louis - The Great Entertainer (LP) LP 1
01 Hello Dolly
02 Gone Fishin'
03 Cabaret
04 Lazy Bones
05 High Society
06 Basin Street Blues
07 Confessin' (That I Love You)
08 Skokiaan (South African Song)
09 What A Wonderful World
10 Everybody Loves My Baby
11 When You're Smiling
12 On The Sunny Side Of The Street
13 Ain't Misbehavin' (I'm Savin' My Love For You)
14 Blueberry Hill
15 Shadrack
16 Among My Souvenirs
Funktionale