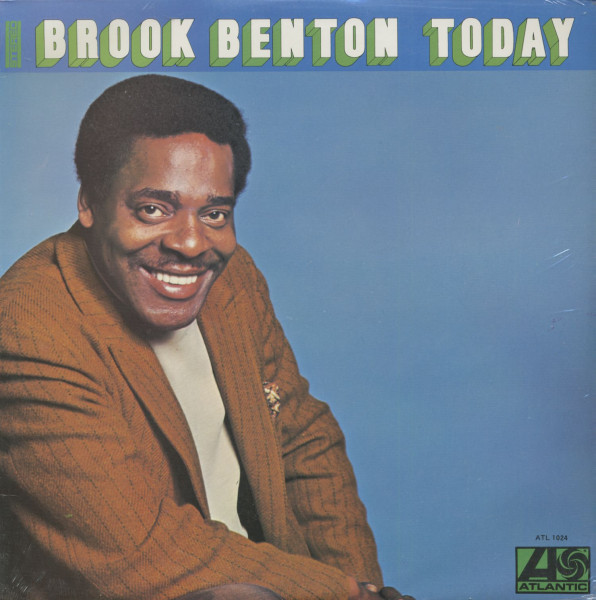 Just say the name Brook Benton and a thousand songs rush into your head. Like Endlessly, It's Just A Matter Of Time, So Many Ways, Kiddio, Thank You Pretty Baby, With All Of My Heart, Hurtin' Inside. And then there was The Boll Weevil Song —and what excitement Brook created when he talked and sang that hit. And of course there were those wonderful duets with the late Dinah Washington, Baby, You Got What It Takes and A Rockin' Good Way. songs that rate as masterpieces in the history of R & B.

The incredible string of Brook Benton hits started in 1959. By 1961 he had a collection of something like 12 hits in a row, plus a flock of best-selling albums in an era when few R&B styled LP's hit the heights of the charts. That was when Brook nailed down his claim as one of the top vocalists in the business. a claim he has never relinquished to this day.

Brook Benton was making demo records for music publishers long before he ever made it big with It's Just A Matter Of Time. Anything that Brook sang sounded great so publishers beat a path to his door to hire him to make demo records of their songs. He was probably responsible for more new songs being recorded than any other demo singer in history: he estimates that he made over 500 such discs in the early stages of his career.

It was as a demo singer that Brook met the late Dave Dreyer, the music publisher and songwriter (among his credits were Me And My Shadow and Back In Your Own Backyard) whose astute guidance was to mean so much to Brook's success as a singer and songwriter. In fact Brook's first semi-hit, The Wall. was a Dreyer tune. Brook almost made it after The Wall, with a ditty called A Million Miles From Nowhere on RCA Victor's Groove label. But the big break came when Brook made his first record for Mercury, under the aegis of Clyde Otis, then a newly named recording director for the company and Brook's old songwriting partner. Together they wrote It's Just A Matter Of Time with arranger Belford Hendricks, and Brook's recording of the tune did it. To the tune of a million copies.

That was Brook Benton yesterday. This is Brook Benton Today. The voice is as rich and warm as ever, the phrasing is still distinctive, the emotional impact comes across as always. but now everything is sharpened by a new maturity. Today's Brook Benton is right and ready for the tender My Way, the driving Can't Take My Eyes Off You, the classic A Little Bit Of Soap, and the fiery / Gotta Be Me. This is Brook Benton for the 1970's. Bob Rolontz

It's Just A Matter Of Time 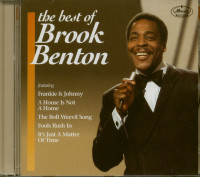 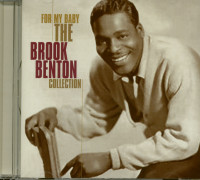 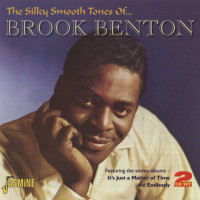 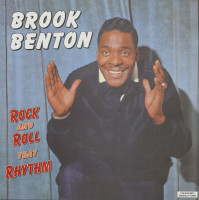