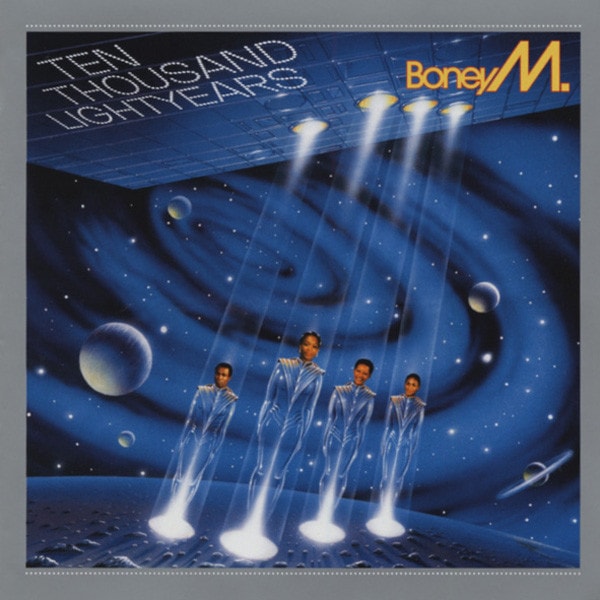 Even today Boney M. still counts as THE hit formation of the disco era. Since their first top hit "Daddy Cool" in 1976, one hit followed closely on the heels of the other backed by the group's fresh pop sound, dazzling costumes and sexy shows. The bubbly quartet, made up of the singers Liz Mitchell, Marcia Barrett, Maizie Williams and the ex-disc-jockey Bobby Farrell, gave such an exciting interpretation of the sound developed by producer Frank Farian that the group was soon to become a permanent guest in what at that time was Germany's most popular pop show "Musikladen".

After that there was no stopping the four: in the years 1975 to 1988 Boney M. stomped their way through the charts to chalk up a sensational 38 top ten hits, an impressive 15 of which were No.1 Hits in Germany. A similar success story was written in the UK: 22 top ten hits, five of which reached No.1 of the UK hit parade - with three Boney M. songs even enshrined in the perpetual best seller list of the UK charts - "Mary's Boy Child" which ranks 10th and the single "Rivers Of Babylon" with its b-side "Brown Girl In The Ring" which even ranks 5th.

Boney M. can boast of two unique distinctions. First, Queen Elizabeth II personally awarded Boney M. the title of "Most Successful Pop Group 1978 in England". Second, Boney M. was the first western band to be granted permission by Leonid Breschnew, General Secretary of the Communist Party of the Soviet Union, to hold ten concerts in the former USSR. Until today, the pop formation has sold more than 50 million singles and over 60 million albums. Frank Farian's trophy room contains more than 800 silver, gold and platinum awards which were bestowed on him in recognition of his opulent mix of Caribbean sounds, hot disco beats and black music elements that was to create the most successful German music concept of the seventies and early eighties. His not exactly modest but fully justified comment on this was: "My success recipe: good songs, good singers and perfect productions. Each little piece has to fit together like a mosaic."