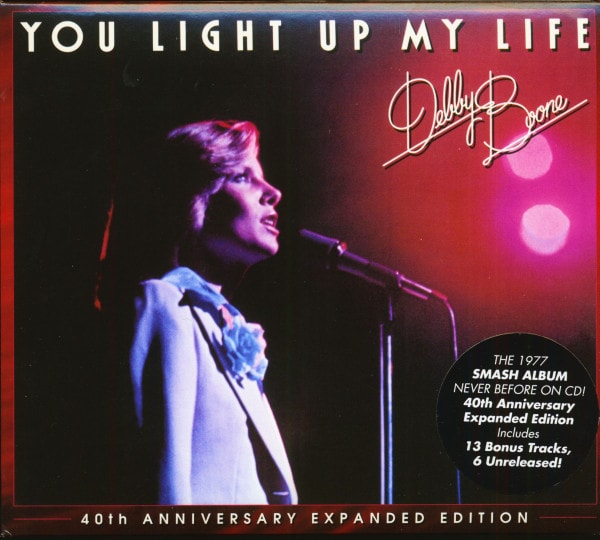 Folks, you are probably not going to believe it when we tell you this, but Debby Boone’s You Light Up My Life platinum-selling original album has never been reissued in any form, physical or digital! That a #6 charting album from 1977, one with an iconic song that went to #1 on the Billboard Hot 100 pop singles chart—as well as Top 10 Country—and stayed there for a record-setting ten weeks, has been unavailable for decades is almost inconceivable when even the most obscure albums have been reissued on CD and everything seems to be available online even if you can’t find a physical copy.

But no, it really is true…and now, with Debby’s help, we at Real Gone Music are going to make up for lost time in the 40th anniversary of its original release. To start, you get the original album remastered digitally (by Ted Carfrae) for the first time ever, featuring the #1 hit “You Light Up My Life” as well as the Adult Contemporary hits “Baby I’m Yours,” “When the Lovelight Starts Shining Through His Eyes” and “Hasta Manana” (the latter two performed by Debby with her sisters).

Then, for this Deluxe Expanded CD Edition, we’ve added no less than 13 bonus tracks: non-LP rarities like “He’s a Rebel,” the B-side to “You Light Up My Life,” a pair of collectible Motown singles by The Boone Girls and six unreleased recordings featuring charming remakes of classic ‘60s pop favorites from “You Don’t Own Me” to “Popsicles and Icicles.”

With production work by Mike Curb, Bob Gaudio, Michael Lloyd, Fred Werner, Joe Brooks and Don Costa, these long-lost sides are seminal ‘70s soft rock, and to place them in proper context, writer Joe Marchese has conducted an extensive interview with Debby for the liner notes. Throw in rare photos and this set truly will light up the life of any pop music lover…still can’t believe this one went four decades without a reissue! 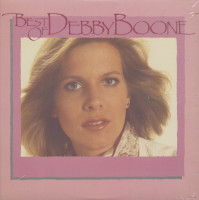 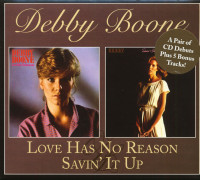 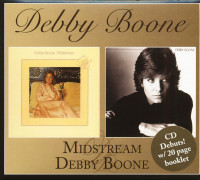