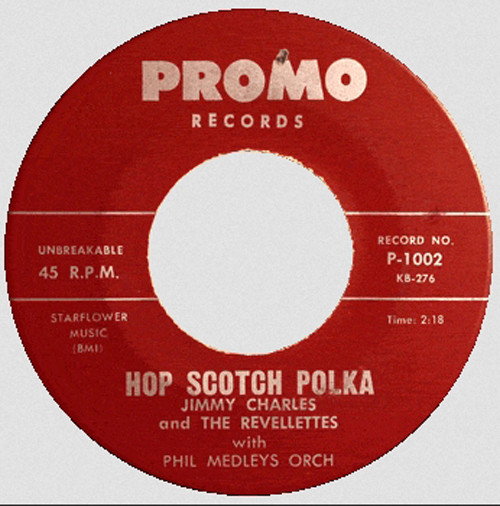 A Million To One

A Million To One

A-million-to-one is about the odds you would give a first record by an unknown artist becoming a hit on an unknown label, but that’s what Jimmy Charles achieved. Some sources say he was born in Paterson, New Jersey in 1942, although in a recent radio interview Charles gave the date as 1943. He sang doo-wop on the street corners in Jersey, and came to know the androgynous-sounding Little Jimmy Scott. Jimmy Charles’ uncle knew Scott, and often visited his home in New Jersey. “Little Jimmy was a huge influence in terms of my style and phrasing,” Charles said later.

Charles entered the talent contest at the Apollo in 1958 and, after winning for four straight weeks, he was offered a week-long Christmas gig. Phil Medley, whom we last encountered as the writer of Ruth Brown’s Mama, He Treats Your Daughter Mean in 1953, saw Jimmy at the Apollo. “He specifically wrote ‘A Million To One’ for me,” Charles told Brian Lee (Medley, though, says he just asked Charles to demo it so that he could shop it around). “We recorded it in late 1958, and I went off to school in California. Phil was shopping the demo around, but there weren’t a lot of record companies willing to take a shot on a ballad. I don’t know how Phil found Promo Records, but he did. Promo was run by a guy named John Woolley [perhaps Wulley?], but it was owned by some pretty shady characters from South Jersey, and I think they saw the record label as a way of cleaning up some money. I don’t think they ever thought my record was gonna be a hit.”  The backing group, the Revellettes (or Reveletts on later pressings), were a trio from New Jersey comprising two sisters, Jackie and Evelyn Kline, together with Dottie Hailstock. Dee-jay Hy Litt played the record to death, and broke it.

Jimmy Charles was hustled back from California to go on tour with Brenda Lee, Fabian, Jimmy Clanton, Chubby Checker, and Duane Eddy. He was on 'Bandstand'three times in one month (sometimes those south Jersey mob connections are useful). The follow-ups didn’t do as well (The Age For Love reached #47), and when Phil Medley landed a gig with RCA, he asked Jimmy to join him. John Woolley (or Wulley) asked Jimmy to stay, and Jimmy sided with Promo, which turned out to be a bad move. At last sighting, Jimmy was in San Antonio, Texas, and out of the music business. As a footnote, there was another (or perhaps the same) company named Promo Records based in New Jersey that, by the 1980s, was a mob-backed operation run by Morris Levy and Tommy Eboli of the Genovese crime family. But that’s another story. (Thanks to Brian Lee for information).