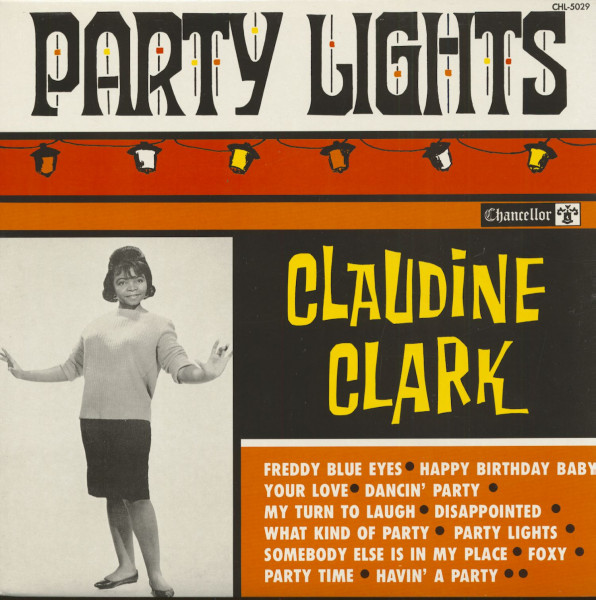 Claudine Clark, who is currently riding the Hit Charts, was born in Macon, Georgia of a non-musical family. At on early age Claudine showed an interest in music and was encour-aged by her parents to study guitar and organ. The youngster quickly developed a proficiency in two instruments and began thinking seriously of a musical career. Her first break came when she won a musical scholarship to Coombs College in Philadelphia. The lark acquired the basic knowledge at Coombs which later became invaluable to her. After receiving her B.S. degree in musical composition, Claudine made a full-fledged attempt to make it as a songstress. A television shot in Wilmington brought her to the attention of some New York wax execs. After a false start on two labels, the lark signed a recording pact with Chancellor Records. The rest is history. When not doing deejay hops and club dotes, Claudine spends her spare time writing poetry and plays.