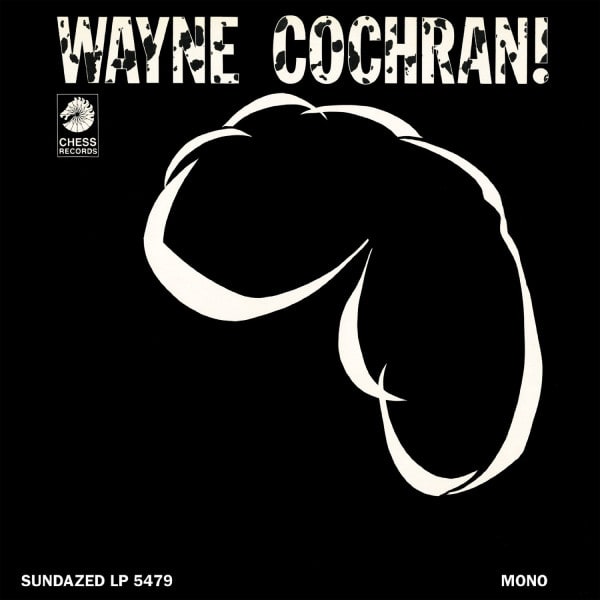 (Sundazed) 12 tracks.
Wayne Cochran! The exclamation point is there for a reason. Known as 'The White Knight of Soul,' Cochran was flamboyant in both voice and attire. Crowned by a swooping white pompadour, he held back nothing on stage. His performance style was very reminiscent of fellow Georgia native Little Richard Penniman. Like Penniman, music led Cochran to his current career as a minister. Anyone who’s ever witnessed a fire-and-brimstone southern gospel service can see the connection between gospel’s passion and r&b’s groove.

Issued by Chess Records in 1967, Wayne Cochran! captured the outrageous energy of his live show within the album’s grooves. This explosive collection of songs proved that Cochran deserved to share the label home of r&b greats like Etta James, Howlin’ Wolf and Muddy Waters. Rather than a traditional artist portrait, the front cover features an outline of his white pompadour against a black background. Simple and direct, it stood in stark relief against the sea of day-glo, psychedelic imagery of the day. To put it another way, the cover art clearly conveyed that this album was all killer, no filler.

The original mono version of this LP is incredibly rare and changes hands for princely sums. However, there is no need to empty the savings account now that Sundazed Music has prepared a righteous reissue, in glorious mono! Sourced from the original analog master tapes, this Sundazed edition is 180gm of concentrated soul. Just add a turntable and watch the party spring to life!