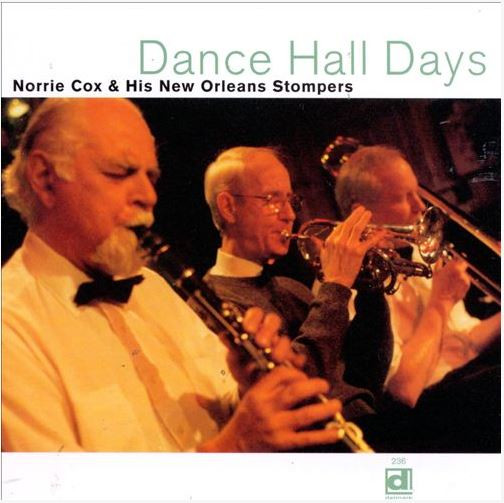 (1999/Delmark) Delmark has a knack for finding gifted improvisers who aren't huge names in the jazz world but who deserve exposure nonetheless. In the late 1990s, one such improviser was Norrie Cox, a veteran Dixieland clarinetist who grew up in England but eventually ended up living in Milwaukee and becoming part of the Wisconsin jazz scene. This pleasing 1999 session finds Cox leading a band he calls the New Orleans Stompers, which also includes trombonist Jim Klippert, cornetist Charlie DeVore, banjo player Mike Carrell, bassist Bill Evans (not to be confused with either the saxman Bill Evans or the famous pianist Bill Evans, both of whom played with Miles Davis), and drummer Donald 'Doggie' Berg. Though the Stompers came out of the Midwest, the music on Dance Hall Days is quite faithful to the spirit of traditional New Orleans jazz. On exuberant versions of 'King Thomas Boogie Woogie,' 'Strolling in the Moonlight,' and other time-tested pieces, Cox's band plays pure Dixieland the way it was played in Crescent City in the 1910s and 1920s. Nothing terribly surprising occurs, but the music is played with plenty of feeling and enthusiasm. Dance Hall Days is recommended without hesitation to Dixieland lovers.(AllMusic)