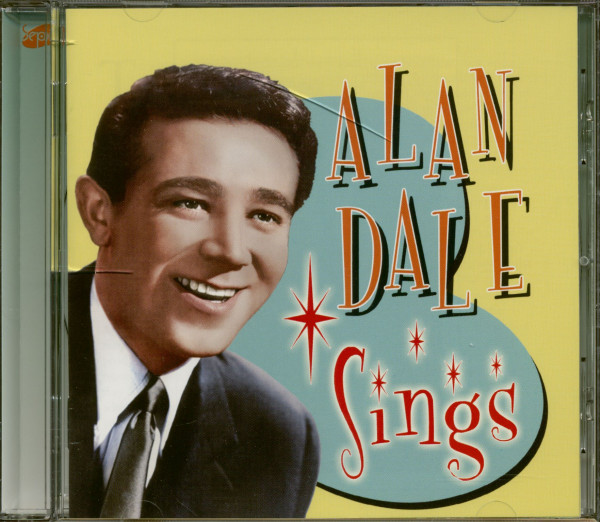 Erfahre mehr über Alan Dale
Alan Dale The Girl Can't Help It This is a perfect example of what it sounds like when it... mehr
Menü schließen
"Alan Dale"

The Girl Can't Help It

This is a perfect example of what it sounds like when it doesn't work. Take a record by Little Richard, one of the original wildmen/free spirits of rock 'n' roll. Add some humorous raunchy lyrics, and then turn the whole thing over to as straight and clueless an artist (and arranger) as anybody could find. The results aren't just annoying, they're humorous.

Ask yourself: How are you going to make a G-rated record out of a movie song describing a woman sooo sexy that men lose their composure in her presence? In fact, forget men. Toast burns. Beefsteak comes well done. Not sure how we can package this idea for kids at the malt shop. And neither was Alan Dale.

Dale, the Brooklyn-born son of Italian immigrants, was just not cut out to perform music like this, although he had appeared the previous year in the Alan Freed film 'Don't Knock The Rock.' Sad to say, but something's got to win the Booby Prize on this CD. This could be the worst vocal on the compilation. Listen to those "well, well, well's." Listen to that ascending vocal line at the end of the song. And is that an accordion solo? Is there anything redeeming about this record? The very idea of Little Richard singing to Jayne Mansfield (who starred in the film of this title) was of course ludicrous. But Dale's record? This takes it to another level.

Small coda: Alan Dale's life and career took some strange twists. He never related well to authority, from grade school teachers to record producers to the organized crime figures who reportedly tried to control his career. His battles with Mitch Miller at Columbia were legendary and not always wise. The two nearly came to blows when Miller tried to get Dale to record My Heart Cries For You. The song was eventually given to Guy Mitchell. In 1958 Dale was attacked by an unknown assailant (presumably mob-based) while performing at a New York city nightclub. His flight through a plate glass window was a life changing event. In 1965 Dale wrote his autobiography ('The Spider and the Marionettes') in which he named the people who tried to sabotage his career.