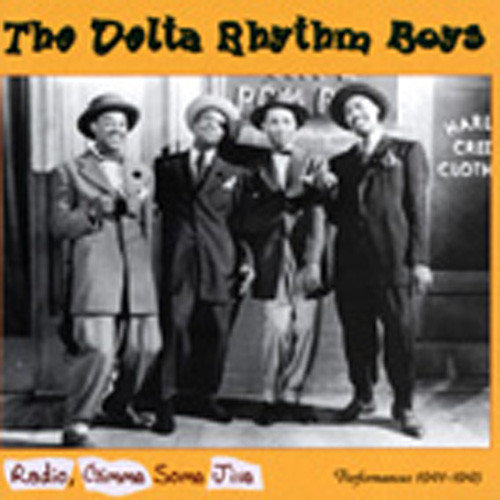 If You See The Tears In My Eyes

17 years after they formed on the campus of Langston University in Oklahoma, The Delta Rhythm Boys were staying as contemporary as possible. Their booming bass singer, Lee Gaines, was the heaviest influence of all on The Ravens' Jimmy Ricks and was no less potent now than when the group made its first recording for Decca in 1940, or when they appeared in the wartime film musical 'Follow The Boys.'

Despite releasing plenty of platters, hit shellac wasn't really The Delta Rhythm Boys' forte. They only cracked the R&B charts once, when their Just A-Sittin' And A-Rockin' hit in 1946 on Decca (it's aboard our previous volume). But Gaines, fellow group founder and second tenor Traverse Crawford, first tenor Carl Jones, and baritone Kelsey Pharr were familiar stars of radio, stage and screen, and labels kept lining up to record them. After a stint on RCA Victor, the Deltas switched over to the relatively new Atlantic label before the end of 1949, the same year the quartet made its first tour of Europe.

If You See The Tears In My Eyes, written by the prolific Joe Thomas and Howard Biggs (they would pen Big John Greer's '52 hit Got You On My Mind on RCA Victor), had originally been released in October of 1949 by The Beavers on Coral. The Delta Rhythm Boys covered it in January of '50. Their manager was Paul Kapp; his brother Dave, Decca's vice-president of A&R, had signed The Beavers to Coral, so that may have had something to do with how the song found its way to the Deltas.

Although they kept on recording for American labels for much of the 1950s - Decca, Mercury, RCA Victor - The Delta Rhythm Boys found European audiences more receptive (they also made records for European consumption), and they relocated there. Pharr died in Honolulu in 1960 following a Japanese tour (Hugh Bryant took over his spot) and Jones was replaced by Herb Coleman, but the Deltas kept on working through all the personnel changes until Gaines died July 15, 1987 in his adopted home of Helsinki, Finland. 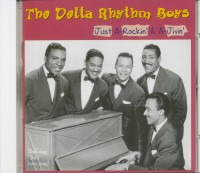 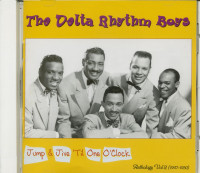