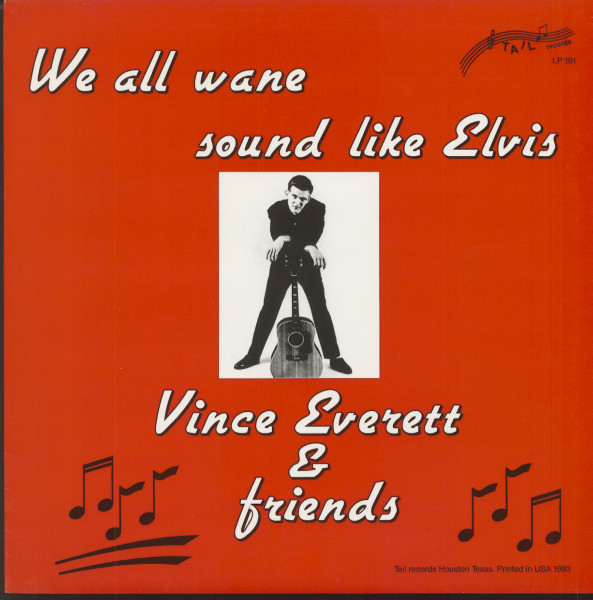 Vince Everett & Friends: We All Wanna Sound Like Elvis

This was a pretty groovy record for 1963. It was recorded at the Sun Studio, albeit Sun's new Nashville studio, and featured Elvis' former guitarist, Scotty Moore, and Elvis' future producer, Felton Jarvis, behind the board. The singer even took his name from the character Elvis played in his third movie, 'Jailhouse Rock.' Vince, born Marvin Benefield in the Atlanta suburb of College Park on June 21, 1941, almost inevitably came under the wing of local entrepreneur Bill Lowery.

His first record, issued under the name Marvin Fields, appeared on Lowery's NRC Records. Around 1962, Lowery appears to have concluded a deal with ABC-Paramount that saw Tommy Roe, Joe South, and Marvin Benefield shunted to the bigger label, along with Felton Jarvis, who opened ABC's Nashville office. Felton takes credit for Marvin Benefield becoming Vince Everett, and it was probably his idea to re-do Baby, Let's Play House. It was out of step with the time, even if it half-way fulfilled Felton's fantasy of being Elvis' producer at Sun.