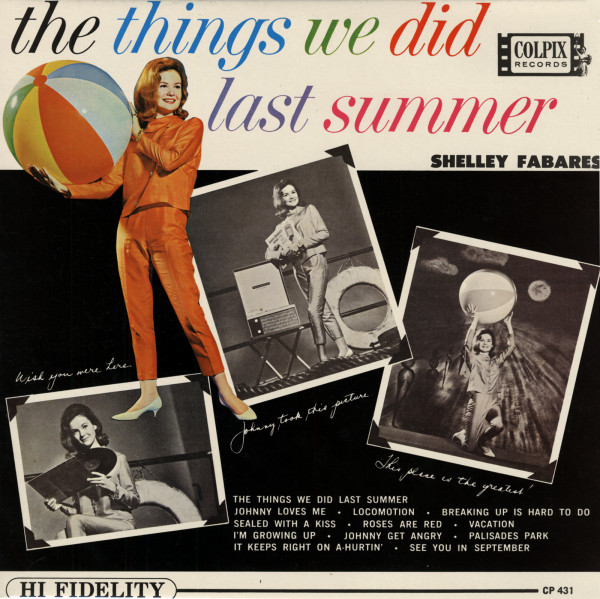 Shelley Fabares: The Things We Did Last Summer (LP)

Shelley Fabares, born on Jan. 19, 1944, in Santa Monica, California, started as a dancer and actress, appearing in Rock Pretty Baby, before achieving public recognition on TV's The Donna Reed Show in the late Fifties. From here it was only a short step to a record contract with Stu Phillips' Colpix label (formed as a subsidiary of Columbia Pictures) where she immediately hit with the embarrassingly cute and wistful Lee Pockriss and Lyn Duddy song 'Johnny Angel', a No. 1 in 1962.

A year later, her record career was over. She had pursued the 'Johnny Angel' theme relentlessly but with declining success on 'Johnny Loves Me', 'The Things We Did Last Summer' and 'Ronnie, Call Me When You Get A Chance'. Later in 1963, she retired to marriage with Lou Adler.