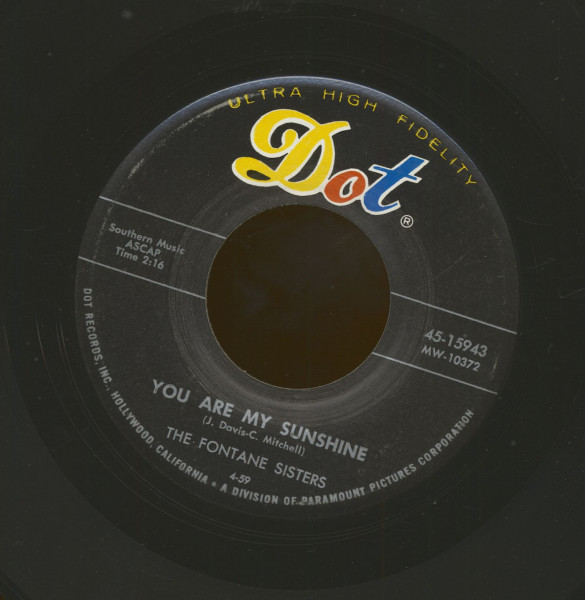 The Fontane Sisters: You Are My Sunshine - A Lovers Hymn (7inch, 45rpm)

Artikeleigenschaften von The Fontane Sisters: You Are My Sunshine - A Lovers Hymn (7inch, 45rpm)