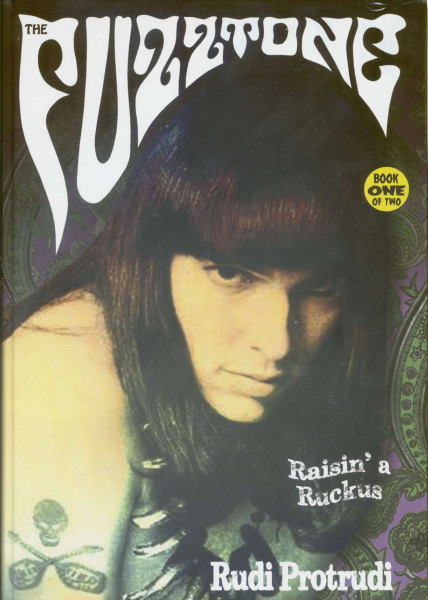 By resurrecting a long-forgotten musical idiom (which had only existed in the '60s for a scant two years to begin with), The Fuzztones initiated the "Garage Revival" of the '80s. Known as The Gurus of Garage Grunge," since their inception in 1980, they predated the Seattle Grunge scene by ten years! Follow the life and times of the man whose musical vision and lifestyle not only defined the genre, but has kept it alive for the last 36 years!

From his humble White Trash trailer park beginnings in Pennsyltucky (the only Southern state north of the Mason-Dixon Line) to his life on NYC's seedy Lower East Side in the 70s (dealing speed while col-lecting welfare), from converting the Holly-wood hair farmer scene to Garage grunge in the 80s (and landing a major label deal in the process!) to attracting more groupies than Nirvana (Courtney's own words), to finally hauling off to Berlin where the band continues to thrive.

Rudi has already lived the life of ten men with no sign of slowing down anytime in the near future. This is his story, in his own words, uncensored and unexpurgated. Buckle your seat belts — its a wild ride!

Artikeleigenschaften von The Fuzztone: The Fuzztone - Raisin' A Ruckus - Book One Of Two &CD