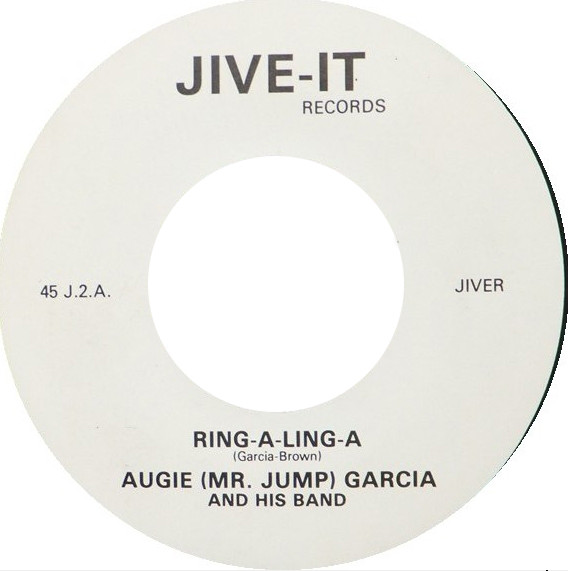 Augie Garcia was born in 1932 in Minnesota’s growing Latino population of St. Paul’s West Side along the Mississippi River. Many of the West Side Latinos migrated from the Southwest and Mexico in search of work in Minnesota’s industrial plants or in the fields. Augie Garcia grew up in that West Side neighborhood surrounded by the music of corridos and bo- leros. As a teenager in the late 1940s, he was fascinated by black rhythm and blues artists of the time, quickly learning how to play guitar and forming his own band in the early 1950s. The Augie Garcia Quintet soon became a household Augie Garcia name playing the local club circuit in St. Paul, at Duffy’s in Minneapolis, and at Mendota’s River Road Club. Their popu- larity was still rising by the mid-1950s as the quintet became known for their raucous shows and stage presence along with their crazy outfits. Garcia always wore a blazer with Ber- muda shorts on stage. The band cut its first single in 1955 for the local North Star label. Hi Yo Silver was a self-penned number influenced by Big Joe Turner’s Honey Hush and played in an energetic, danceable northern band style. The band’s popularity placed