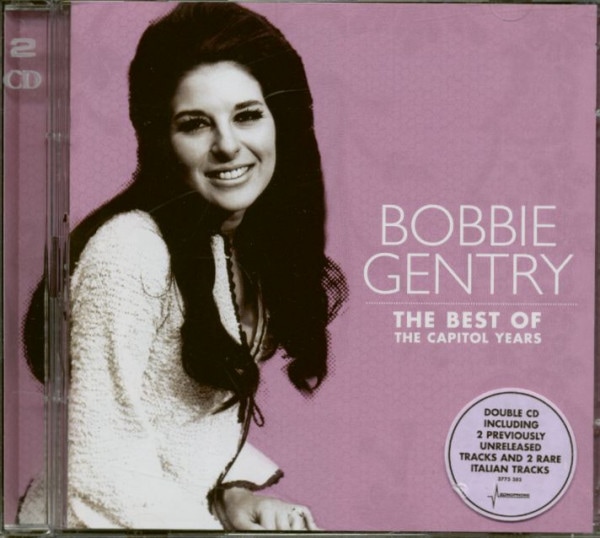 Roberta Streeter grew up on her grandparents' farm in Chickasaw County, Mississippi, but moved to California to be with her mother when she was thirteen, so her Mississippi was one of memory and imagination. She first recorded in 1963 with rockabilly singer Jody Reynolds. Several years later, her nightclub act was heard by TV host Jim McKrell, who took her demo tape to music publisher Larry Shayne. In February,

1967, Shayne found a taker: newly-hired Kelly Gordon at Capitol Records. It seems likely that Gordon purchased the vocal-guitar demo of Billie Joe from Shayne and scheduled a session in April to record Mississippi Delta. By this point, Streeter had renamed herself Bobbie Gentry after the movie Ruby Gentry. Originally seven minutes long, Billie Joe was edited down and overdubbed by arranger Jimmie Haskell on May 24 for release on July 10 (Shayne's sheet music used the masculine spelling Billy Joe, while the record used the feminine Billie with the masculine Joe). With Mississippi Delta, as the planned A-side, Gordon asked Haskell to do a quick overdub on Billie Joe. "Put some strings on it so we won't be embarrassed," he said. "No one will ever hear it." Haskell's arrangement for two cellos and four violins perfectly complemented the song's smouldering intensity. "I made the bass line do the minimum amount of notes I could write for a cello bass and still have it sound interesting," he told Holly George Warren. "Five notes every four bars, played pizzicato. The other cello was played with a bow. I was experimenting because I'd been told no one would ever hear it." Like Creedence Clearwater Revival's Proud Mary, Ode To Billie Joe was delightfully at odds with the hippie era jangle. Gentry skillfully juxtaposed tragedy against the banality of everyday life, and left the enigma intact, accomplishing with a song what Flannery O’Connor accomplished with short stories. "The story of Billie Joe has two underlying themes," she said. "First, the illustration of a group of people's reactions to the life and death of Billie Joe, and its subsequent effect on their lives.

Second, the obvious gap between the girl and her mother is shown when both women experience a common loss (first, Billie Joe and, later, Papa), and yet Mama and the girl are unable to recognize their mutual loss or share their grief." Equally, the song could have been a comment on country people's indifference to accidents and disasters because tragedy is more a part of everyday life. When a movie was made of the song, scriptwriter Herman Raucher went to see Gentry who told him that she had no idea why Billie Joe jumped off the bridge. Raucher decided that Billie Joe killed himself after a drunken gay episode; that's Hollywood for you. The Tallahatchie Bridge later fell down; that's Mississippi for you. Gentry's record was an all-market sweep, reaching #1 on the pop chart, #17 on the country chart (eclipsing Margie Singleton's cover version), and #8 on the R&B chart (almost eclipsing King Curtis's R&B instrumental version). It won three Grammies. In 1973, Gentry donated the original draft of her song to the University of Mississippi. Eight years later, she dropped out of sight. There have been sightings in Georgia and Los Angeles, but no comeback.