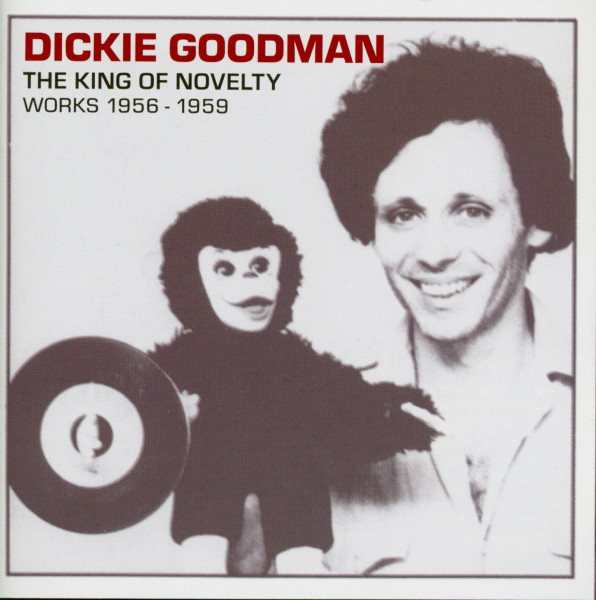 As we all know, the mid-fifties saw the American pop music scene explode into a kaleidoscope of Rock 'n Roll and its many multi-coloured hues. Suddenly, almost overnight. Western "pop" music had begun taking itself very seriously. No more "How Much Is That Doggie In The Window?" and the like, cluttering up the racks of record stores as they had done for ten years post WWII - this new sound was sexual, aggressive and very much delivered in the self aware, serious manner of much of its youthful target audience. It was only right, then, that somebody appear to poke fun of it and tweak its nipples a little.
This somebody was Dickie Goodman. His weapon of choice — the "Break-In".
& ,
The "break-in" concept was simple, effective and very much a forward looking technique. Found sound, musique concrete, sampling - it carried elements and future echoes of all of these, whilst also walking a very fine line with the law and the behemoth that was the 1950's music industry. Far more outlaw and renegade than knowing, permission seeking modern samplism, Goodman and Buchanan's break-ins created stories that fused science fiction, a vast array of characters and voices and, most importantly, fragments of up to the minute contemporary hits, their lyrics being incorporated into the narrative of the song's events. Interviews with Alien invaders, comment from the President of the United States, reporting from John Cameron Cameron (played by Goodman himself) - all were expertly (and literally) spliced together with entirely unauthorised fragments (often the hook) of major hits by giants such as Fats Domino, Little Richard, Elvis, The Platters, Chuck Berry, Carl Perkins, Nat "King" Cole, The Everly Brothers and just about everybody else who mattered in the mid-late '50s' American music scene. Dig this... (excerpts from liner notes)