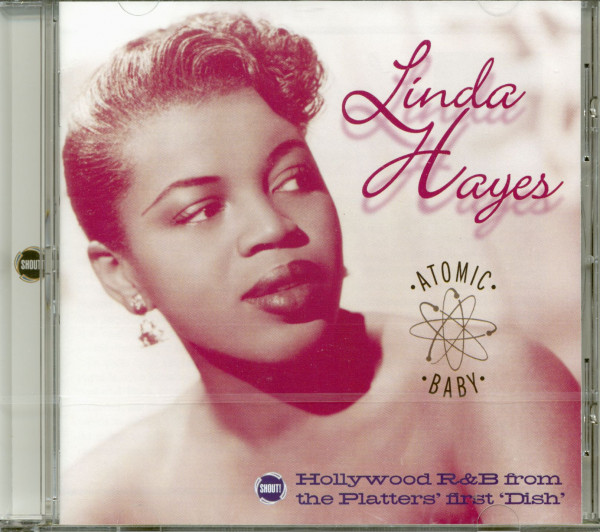 (2008/Shout) 21 tracks 1953-56 with 12 page booklet.
Linda Hayes was first heard in the clubs and bars of Los Angeles in the early 1950s, and hit the R&B top 10 with 'Yes I Know' and 'Take Me Back'. Her rich, vibrant vocals, an influence on Etta James and Aretha Franklin are backed by energetic jump-blues combos including the Red Callender Band. She also recorded a session with Johnny Moore's Three Blazers, included here. Linda is the sister of the Platters lead singer Tony Williams, who she introduced to the group, and was their first 'Dish', also recording ' My Name Ain't Annie' on their first session for Federal.