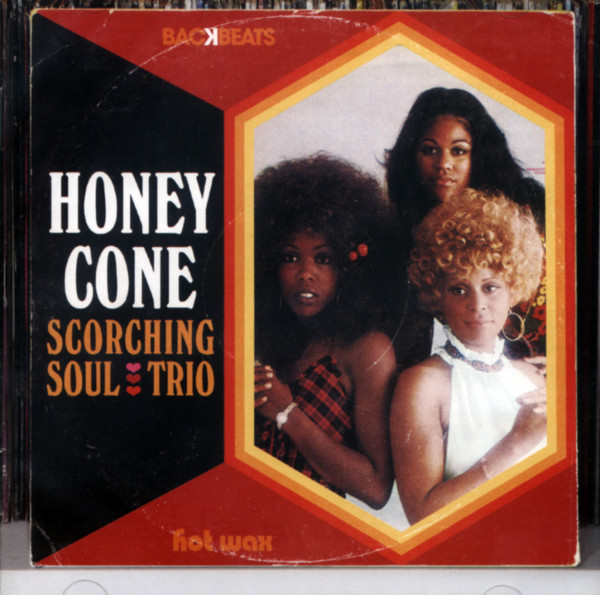 The Honey Cone came Edward Holland’s way thanks to a suggestion from one of his key lieutenants at the Detroit-based labels he operated with his brother Brian and Lamont Dozier (even if their names couldn’t be associated with the enterprise right then), Invictus and Hot Wax. “Jeffrey Bowen said, ‘Well, I need a female group, ‘cause Holland-Dozier-Holland like to do females.’ And I said, ‘Well, I know, but Holland-Dozier-Holland can’t really do it. But I like females. I’ll just have to get somebody else to do it,’” says Holland.

Lead singer Edna Wright, born in 1944 in Los Angeles, hailed from a staunch gospel upbringing (Darlene Love, whose titanic pipes graced many a Phil Spector production, is her older sister). Edna joined The Cogic Singers, a teenaged sanctified group with an amazing roster: Billy Preston, Sondra ‘Blinky’ Williams, Gloria Jones, Frankie Karl, and Sandra and Andrae Crouch. “Isn’t that weird? All of us were kids,” says Edna, who went secular in 1964 for producer Ed Cobb. She had no idea her A Touch Of Venus was meant for public consumption.

“As far as I knew, it was a demo for Brenda (Holloway),” she says. “Then when I turned around and came back from New York, they were releasing it on me.” It came out on the Champion label under the name of Sandy Wynns. But Edna’s main vocation during the second half of the ‘60s was as first-call background vocalist on countless L.A. pop and soul sessions, harmonizing behind Johnny Rivers, The Righteous Brothers, Ray Charles, and plenty more. Holland was floored when she sang background on TV’s ‘The Andy Williams Show.’

“I had called Edward and told him to watch it, because he had wanted me as a solo artist,” she says. “He just loved the way I sang. Then I told him, ‘I’ve got two girls that I’m working with. You might want to think about a group.’” Those girls were Carolyn Willis and Shellie Clark. “Shellie was Carolyn’s friend. And Carolyn said, ‘You might want to use this girl named Shellie. She’s cute!’” They were signed as Shades of Brown. “Edward said, ‘You know, you guys are so sweet, what comes to my mind is like honey from a cone!’” she recalls. “And he named us Honey Cone.”

While You’re Out Looking For Sugar, The Honey Cone’s debut release on H-D-H’s Hot Wax logo, was a respectable charter during the summer of ’69. Girls It Ain’t Easy reached #8 R&B for them that fall. Edna met house writer-producer Greg Perry while in Detroit. He convinced her to move to the Motor City and worked with her, looking high and low for a surefire smash. Edna found it when she heard Scherrie Payne dubbing her vocal onto Want Ads, penned by Perry, General Johnson of labelmates Chairmen of The Board, and H-D-H engineer Barney Perkins.

“Scherrie went to leave, and I said, ‘That’s a smash! The title alone is a smash!’ She replied, ‘You think so?’ And I said, ‘Absolutely.’ She said, ‘Then you sing it!’” says Wright. “I kept singing it as Edward was taking me home. He asked, ‘You like that?’ I told him, ‘That’s a smash!’ And he said, ‘Really? She doesn’t think so.’ I repeated, ‘It’s a smash on me!’ So he said, ‘You wanna do it?’ I said, ‘I’d love to do it!’” Perry and Johnson assumed the production reins, and the spunky Want Ads rocketed to the top of the pop and R&B hit parades in mid-’71. Stick-Up made it two R&B chart-toppers in a row, and near year’s end their zesty, Latin-tinged One Monkey Don’t Stop No Show (Part 1) was a #5 R&B entry. But The Day I Found Myself marked their last time in the R&B Top Ten the next year. They broke up in 1973.

“That was the disheartening part, for it to end like that,” says Wright. “It wasn’t a long enough run.” Edna returned to L.A. and hooked up with Perry again professionally (he produced her 1977 solo debut set, ‘Oops! Here I Go Again,’ for RCA) as well as romantically (they were married six months before its release).