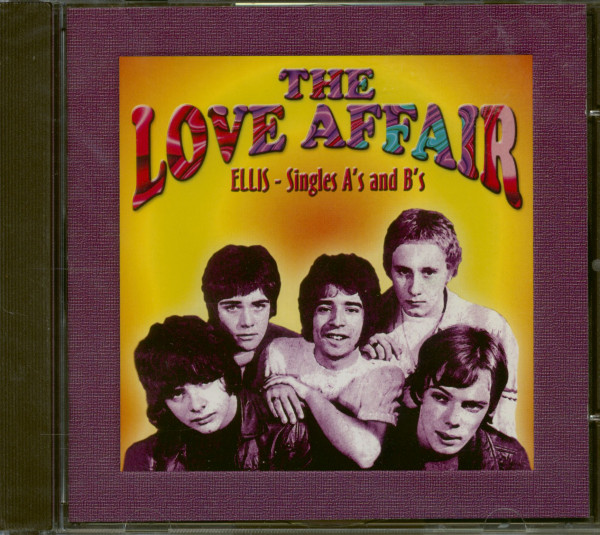 The Love Affair were one of the most successful and perhaps of historical importance one of the most unusual pop groups to emerge out of 'mid 60's swinging Britain's. Whilst all the members of the group had played for a number of years in other bands. The Love Affair formally The Soul Survivors came together in the form of their most well known line up not through acquaintance but through an advertisement in the Melody Maker newspaper and a series of "en masse" auditions orchestrated by their manager Sidney Bacon. It was common practice in the 60's music industry for busy touring stars to be ghosted by session musicians (not for live, television, albums or radio performances) but for the expedience and cost effectiveness of hit making.

The Love Affair were the first to deliberately and openly admit to this in an interview between Michael Jackson and Jonathan King on the Jonathan King television show. The Love Affair were the highest earning and most riot making live act since the Beatles and they toured internationally together for five years (a long time in those days). They were the youngest group at the time to ever have had a number one single followed by a parade of other hits. The youngest member at the time was Mo Bacon only 15 and the average age of the other band members was just 17. Their musical metamorphosis started with Soul and Tamla to full bloodied pop to heavy rock to model n jazz. Steve Ellis the first and best known vocalist possessed one of the most distinctive voices of the 60's.

Gus Eadon the replacement lead vocalist was a talented multi disciplined musician and the other group members Morgan Fisher, Michael Jackson, Mo Bacon and Rex Brayley developed into jazz/rock musicians (listen to New Day album) that won critical acclaim from no lessor figure than Ronnie Scott, along with just about every hard bitten music critic and journalist when they gave a special "live to the press" performance of their "NEW DAY album at Londons Revolution Club. The band had a number of personnel changes and most memorable amongst these apart from the transition between Steve and Gus would be the change of keyboard player from Morgan Fisher to Lynton Guest and back to Morgan Fisher. Lynton was with the band when they first exploded onto the scene with their early hits, most memorable of course being Everlasting Love. The tracks on this album represent sound bites of history from 1966 to 1999. The tracks are listed in chronological order, the early ones being The Love Affairs first unreleased attempts at recording in a studio. The second period being their first released material, the third period from their first album. The fourth period from their second album and the final track when Mo, Michael and Morgan came together once more in 1999 to write and perform "It's a Love Affair" for a television documentary.