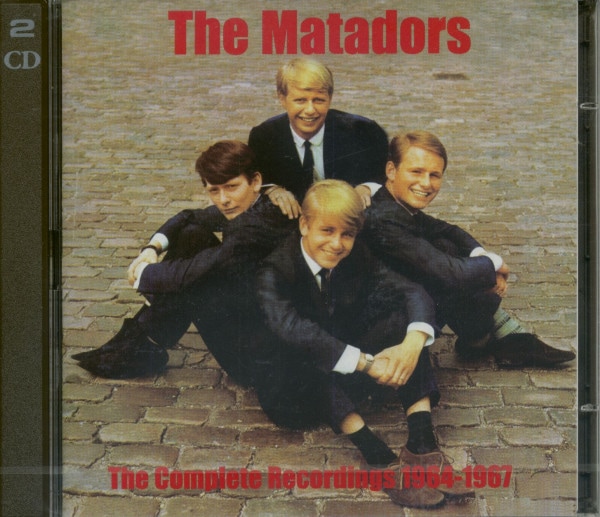 The Matadors - or Matadorerne, as they were called in Denmark - were formed in lanuary 1964.

Originally they played instrumentalmusic, but changed quickly to the more beaty sounds. The group had in their first year a lot chan-ges in members and in apri11965 the group was reorganized completely with Tommy P Petersen as the only original member. This group recorded the classic "My situation'", but a few months later they changed two members again and this "new" group made the two first albums.

The groups biggest success in Denmark was strangely enough a version of an old Danish song "Saad'n var det ikke halvfemserne" released lust liefere Tommy P left the group in October 1966 to form a Jazzrock big band Tommy P Studio Group. Tommy P won the Danish Beat Melody Grand Prix 1966 with "The way we do it". The first single is enclosed here. After one album and a string of singles the Studio Group hroke up in 1969 and Tommy P formed the progressive trio T.P. Smoke. The Matadors continued in a more Blues-psychedelic style, hui split up for good in late 1967 alter one single and one album.