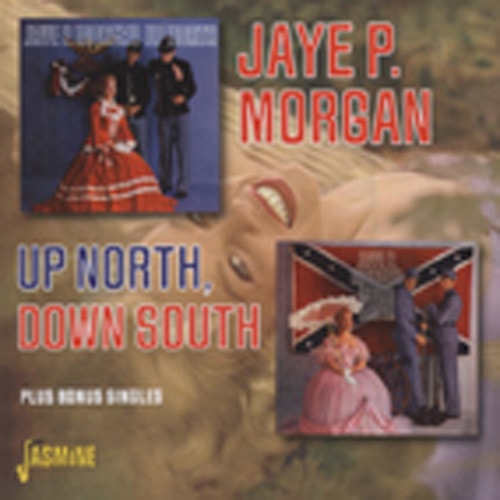 Mary Margaret Morgan began her singing career at the age of three in the Morgan Family Variety Troupe. In her early teens she became a vocalist with Hank Penny's western swing band (performing on the pop standards rather than the country material). When Hank learned that bandleader Frank De Vol was looking for a good female vocalist to replace Helen O'Connell, he arranged for Mary Margaret to audition. She got the job. They needed to do something about her name because there was already a well-known big band singer named Marian Morgan who had worked with Harry James. De Vol suggested that they rename the singer 'J.P.' -- like the famous banker and financier who had founded U.S. Steel. And after they decided to spell it 'Jaye P' a career was born.

De Vol got Jaye P a contract with Derby Records where she made a few distinctly pop-oriented records (including the hit, Life Is Just a Bowl of Cherries). In 1954 she recorded this cover of the year-old R&B hit, Baby Don't Do It by the '5' Royales (written by their guitarist, Lowman Pauling). De Vol was the orchestrator and arranger, and he does an admirable job of recreating the bandwork on the original. Jaye P turns in a fine performance singing in this R&B style but she didn't stick with it because she didn't like it. She moved to RCA Records and returned to doing the more pop-oriented material that she herself preferred. She was mighty good at that and very successful doing it. How successful? During the year 1955, she sang on six different Top 20 hits in 'Billboard'. (The biggest of those, That's All I Want From You, was redone as rockabilly by the Silva-Tones in 1957.)

We don't know how Baby Don't Do It came to be re-released on Decca Records, though we suspect it may have had something to do with Derby Records' filing for bankruptcy in late 1954.

Frank De Vol, a critical part of Jaye P's success, deserves attention as well. He was an extremely versatile arranger -- the orchestrations he created for Nat 'King' Cole's record of Nature Boy and the Supremes' record of The Happening sound nothing like Baby Don't Do It. He wrote the themes for many television shows (such as The Brady Bunch) and wrote the scores for many Hollywood movies (such as 'Cat Ballou'), getting four Oscar nominations. 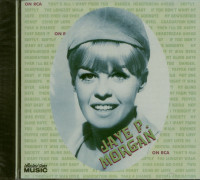 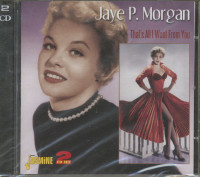 Tracklist
Morgan, Jaye P. - Up North, Down South...plus CD 1
01 Yankee Doodle Boy
02 Shine On Harvest Moon
03 Shuffle Off To Buffalo
04 The Whiffenpoof Song (Baa! Baa! Baa!)
05 There's A Boat Dat's Leavin' Soon For New Y..
06 Battle Hymn Of The Republic
07 Chicago
08 On The Banks Of The Wabash Far Away
09 When Johnny Comes Marching Home
10 Pennsylvania Polka
11 Indiana (Back Home Again In Indiana)
12 Down By The O-Hi-O
13 Lullaby Of Broadway
14 Way Down Yonder In New Orleans
15 St. Louis Blues
16 The Yellow Rose Of Texas
17 Dixie
18 Maryland My Maryland
19 Kentucky Babe
20 Alexander's Ragtime Band
21 Bill Baileym Won't You Please Come Home?
22 Swing Low Sewwt Chariot
23 Joshua Fit De Battle Of Jericho
24 The Gospel Train
25 Carry Me Back To Old Virginny
26 Birmingham Papa, Your Memphis Mama's Comin'..
27 Old Folks At home
28 De Camptown Races
29 Oh! Susanna
30 Bonus Tracks:
31 Wondering Where You Are
32 I Walk The Line
33 A World I Can't Live In
34 When You Get What You Want (You Don't Want ..
35 Brotherhood Of Man
36 Nobody's Sweetheart
Funktionale