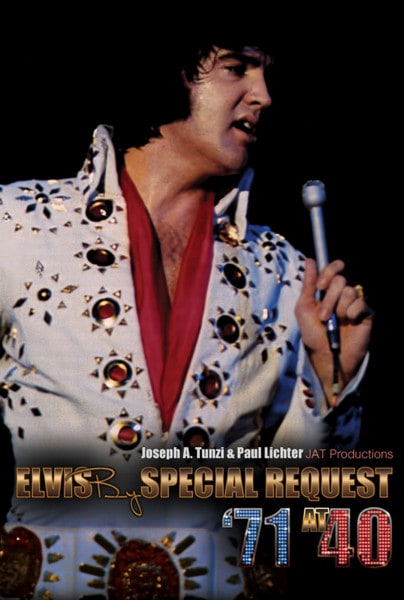 The house lights dim to total blackness. The giant crowd is on its feet screaming. Elvis stands at the curtain's edge. He's saying a prayer and peering out into the darkness. He feels their electricity. He is a bomb about to explode. He's Elvis Presley and they're screaming for him. Ronnie Tutt bangs loudly on his drums. The ' Joe Euercio Elrchestra blasts the opening vamp. The blazing spotlights bathe the stage in a light-blue hue. White strobes flash in all directions. Elvis ?ngers the red ‘curtain's edge. He does not move. They're waiting for him, crying out in ecstasy. The King knows how to make them crazy; he's done it so many times before. The Colonel didn't have to teach him this. He was born to be theirs and they his. He lies a deep breath. pushing the coal black hair from'his forehead and like a tiger caged. struts into his domain...