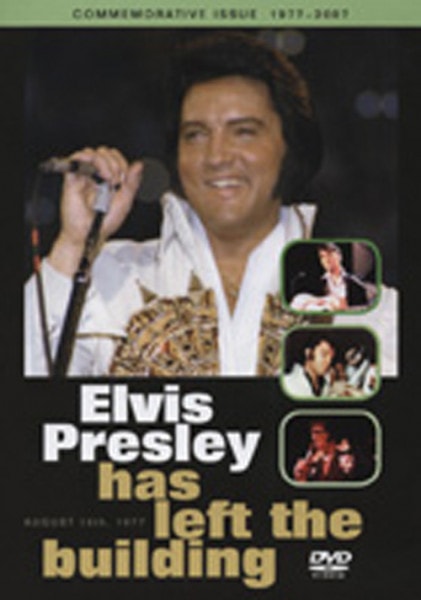 (2007/ETERNAL FLAME) PAL, Color & B&W, ca.80 Mins., 17 rare TV News clips August 16, 1977 from around the world plus a bonus TV newsreport about Elvis in Vegas from 05.09.1972, back in stock! There is no way to describe the effect that Elvis' death had on a television audience 30 years ago. In every country, on every network, broadcasters rearranged their schedules to carry special news pro-grammes and documentary footage marking the end of an era. No death of any entertainer has ever been given such a massive amount of air-time, both in the USA and around the world. It would be impossible to present to you every news bulletin from every country, but the producers of this com-memorative programme have gathered together some of the most important 'breaking news' items of the time which will give you a feel for the emotions which were running wild at the very moment when Elvis Presley's death was announced. This unique time capsule will transport you back to August 1977 when fans around the world morned the passing of the greatest entertainer of all time, when Elvis Presley left our building. We thank those broadcasters who have generously let our production company have access to their archives. Please note that some of the material used was recorded off-air and included for histrorical content, as not all TV companies archive their footage, so the quality of each news report will vary. We hope that you appreciate this documentary piece of TV history