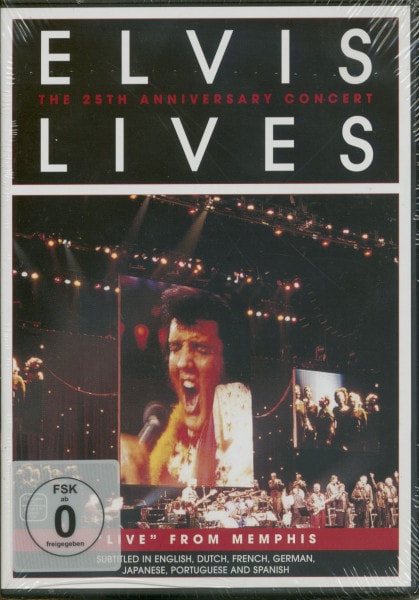 (2006/COMING HOME) PAL, Color, 26 tracks & interviews; Elvis Presley was larger than life, and the Elvis experience is an amazing phenomenon that has continued to astonish a quarter century after his death in 1977. In commemoration of the 25th anniversary of his death, Elvis: The 25th Anniversary Concert Event was staged at the Pyramid Coliseum in his hometown of Memphis, Tennessee. Through the magic of modern technology, Elvis is reunited with his original TCB band, back-up singers and musical director for a unique concert special. The program features of Elvis from previous concerts, along with his supporting musicians and singers live on stage together in Memphis. This one-of-a-kind concert event has stirred audiences around the world and ignited a passion for the King in a whole new generation of music lovers. - special price offer/while stock last!