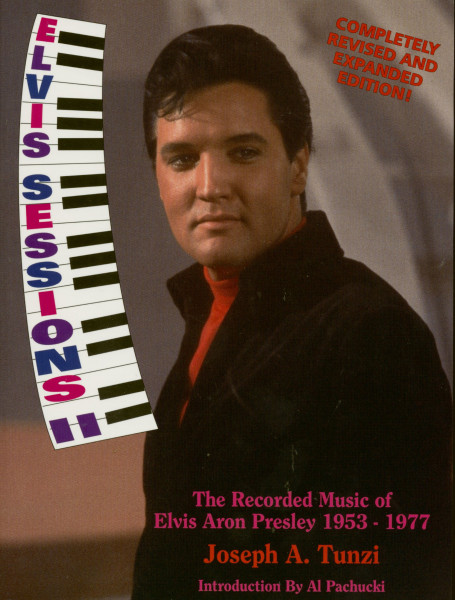 INTRODUCTION
It is truly a privilege and honor, thank you Joseph Tunzi for this opportunity to write about the greatest entertainer and artist I have ever
known, in twenty-eight years as a recording engineer. Not only were we professionally bound together, we were best of friends. As for me as a
recording engineer, Elvis was a dream come true. When he walked into the studio, he brought with him all the ingredients to cut hit records. The record speaks for itself. He motivated everyone from me the engineer, to the musicians, to the man making the coffee, to go above and beyond our capabilities. We never started a session when he came into the studio. There was at least an hour or more of him creating the proper atmosphere that was a relaxed one and positive. If you could visualize a family gathering, that’s what it looked like. A lot of laughter, asking about the wife and kids, talking about life in general. Then we would get down to the business of recording.

There were sessions that never got off of the ground. The feeling and magic wasn’t happening and he had the sense to call it off and say will pick it up tomorrow. Elvis always put a lot of emphasis on the feeling in the music. It was the ingredient he knew that the listening public could relate to and man he was so right. You see a lot of music fans don’t know a downbeat from an upbeat, or 3/4 time from 4/4 time. But they know a feel when the feeling was right, Elvis felt it from the musicians and the musicians felt it from Elvis. And this vicious wonderful circle was started. And Elvis and the musicians could sense it from the behavior of the producer, engineer and everyone in the control room. That added that much more fuel to the fire. You see there was visual contact between all of us. And when everyone came into the control room for the playback, man, we would rock out. And Elvis loved to see that kind of reaction. It fired him up that much more. It wasn’t a put-on - it was for real. Right now I am sitting here with a big smile and a wonderful feeling recalling those great moments in my life. I wish the people reading this book could have been there to see what I mean. I am sure you have seen that when you went to one of his live shows. When Elvis came into the studio, it wasn’t work. It was pure non-adulterated pleasure.

As millions and millions of people around the world were saddened at the passing of Elvis, brothers and sisters be not sad. Thank God Almighty for the time he gave us Elvis Presley. Just think for a moment if we didn’t have Elvis...