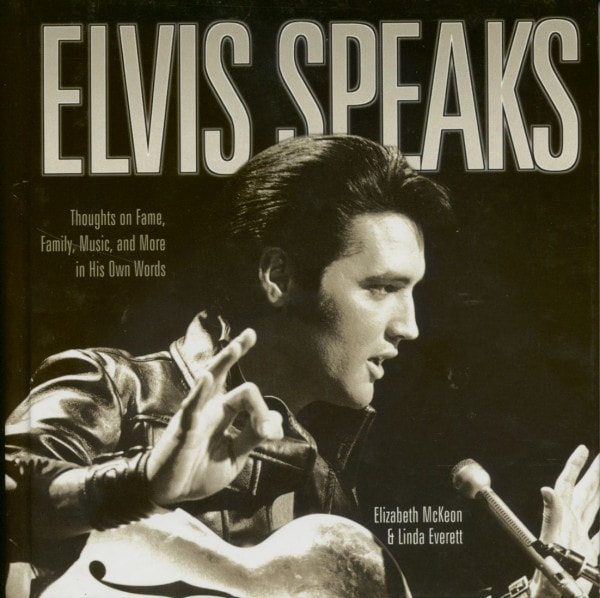 Elvis Presley: Elvis Speaks - Thoughts on Fame, Family, Music, and More in His Own Words

Elvis Presley spoke to a whole generation of people through his music. Whether it was a ballad, a gospel hymn, or pure rock'n'roll, when he sang, people listened. However, there was more to Elvis than his music and movies. Throughout his career he was questioned by mobs of adoring fans and interviewed by thousands of inquisitive reporters. Repeatedly he was asked personal questions about his life, ranging from love and marriage to his musical style, from his religious beliefs to his family. He answered them all in a polite and forthright way.

Elvis Speaks is a collection of Elvis's words -- what he said on a variety of topics such as loneliness, performing in front of live audiences, how he felt about his fans, how he felt about being drafted into the army, music, love, and religion. The words are pure Elvis. They come from the heart and reflect the man behind the entertainer and beyond the gates of Graceland, the Cadillacs, the gold records, and the money.

Elvis Speaks tells of a man who loved to entertain people and found heartache and happiness in a career that spanned nearly three decades.