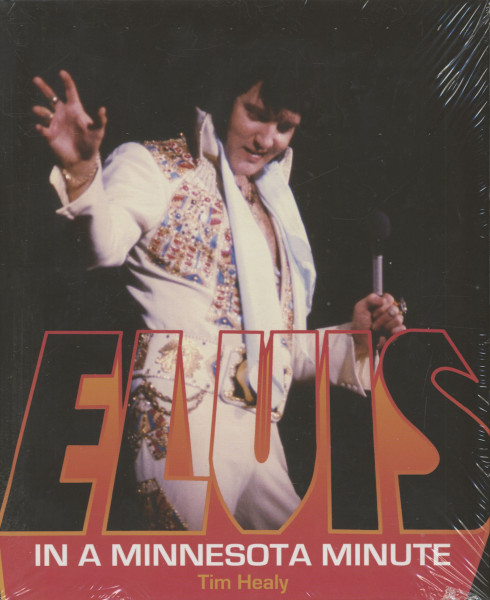 (2010/MEMPHIS RECORDING SERVICE) Hardcover, 23x28 cm, 100 pages, full size and color, capturing Elvis performing in Minneapolis, Minnesota on October 17th 1976. All photos previously unpublished! (The recordings are captured on the Follow That Dream CD 975008 'A Minnesota Moment')
-
MRS publishes its first standalone hardback photo book measuring 9 x 11 inches containing 100 pages in full colour gloss, featuring the photographic works of Tim Healy in Minneapolis, Minnesota, at the Elvis Presley show on October 17, 1976. As the Minneapolis Tribune reported at the time, 'Elvis is in as good shape as ever and, of course, as a performer on stage, singing or just fooling around, he has more charisma than a dozen other top performers combined. Will Elvis endure? Judging by the screams of the audience he's in no trouble.' With Elvis slimmed down and performing better than earlier in the year, Tim Healy?s exclusive photographs manage to visually capture Elvis' new-found enthusiasm effortlessly and in an uncannily realistic way. All the photographs contained in this book are completely unreleased. The upcoming FTD release of 'In A Minnesota Moment' front cover (also out on 15th February), is also the work of Tim Healy. This book is limited to 1500 copies worldwide