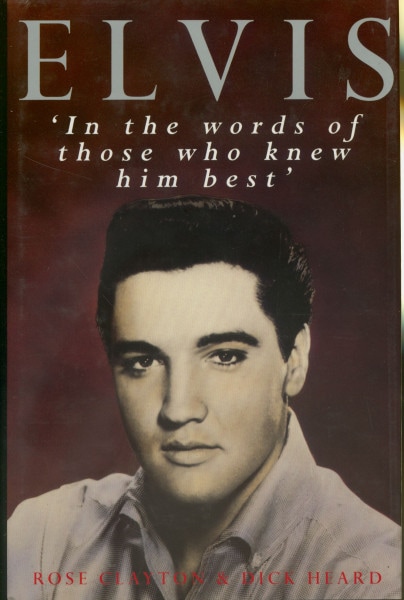 Elvis Presley: In the Words of Those Who Knew Him Best

Imagine Elvis's relatives, friends, musical colleagues and business associates - many speaking for the first time - gathering to remember him and swap stories about him. In this close-up and intimate oral biography, that's just what nearly 150 of them do.
Scotty Moore and Bill Monroe recall Elvis's days of $50 gigs, while musicians like Faron Young and Johnny Cash reveal how tough it was just a year later to follow him on stage at Louisiana Hayride. Girlfriends share cherished memories of moments alone with him, and his closest friends take us inside the gates of Graceland. We see Elvis battling his stage fright at the Ed Sullivan Show, learn of his loneliness as an Army recruit and witness his heart-breaking grief when his adored mother died.

Highlighted by never-before-seen photographs, these riveting personal accounts, skilfully interwoven and put into context, paint a unique portrait of the modest, courteous country boy turned superstar entertainer, who even today remains the King to countless fans.

`Bob Neal set Elvis up in their office. They had matchbooks and ashtrays and stuff. Anyway I walked in one time, and Elvis had took fingernail polish and painted his phone red.'

`We passed a little black boy with a watermelon stand. He knew who Elvis was but he wasn't gonna let Elvis know he knew. Elvis asked "How much are the watermelons?" A price was established and Elvis just turned round and said "We'll take the whole stand - pay him." That's the only time the kid's visage cracked. Elvis bought all those watermelons and took them back to Memphis.

`Elvis had a thing about someone shooting and killing him for no reason. At my wedding he had five guns on in the church - one close up under each arm, one stuck in his belt, one behind him and one in his boot.' 5., FAX, ! !!,11Ill', lit )1),
`Elvis told me two days before he died - the last time I saw him: "I'll never see you again. I love you. Take care of yourself. I'll see you on the other side."

Artikeleigenschaften von Elvis Presley: In the Words of Those Who Knew Him Best