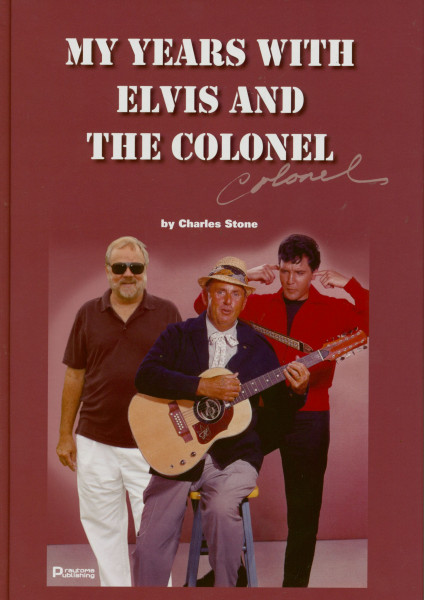 Elvis Presley: My Years With Elvis And The Colonel by Charles Stone

"This book is dedicated to Elvis Presley for showing us all that what we do with our lives will be our legacy;
and to my dear friend and mentor, Colonel Tom Parker, who taught me that anything is possible if you only believe - and if you're a good enough snowman."

I am so pleased and honored to have been asked by my old and valued friend, Charlie Stone, to write the foreword  to his book about his days with  the Elvis Presley Show - Elvis and the Colonel. I met Elvis in November of 1972 through my sister, Linda, who was dating him at the time. I was an officer with the Shelby County Sheriff's Department in Memphis, and Elvis and I quickly became friends. Elvis was a good friend of my Sheriff in the department, Roy Nixon; and in the Spring of 1973, Roy informed me that Elvis wanted me to go on a concert tour with him. A two-week leave was arranged for me; and that was the beginning of my touring years with Elvis: whenever there was a tour, I would get a leave to work security on the tour. In July of 1976, I left the department and went to work for Elvis on a full-time basis, as a personal bodyguard and tour advance man, providing security for Elvis at Graceland, his homes in California and on all the concert tours,including hotel and airport security.

Artikeleigenschaften von Elvis Presley: My Years With Elvis And The Colonel by Charles Stone