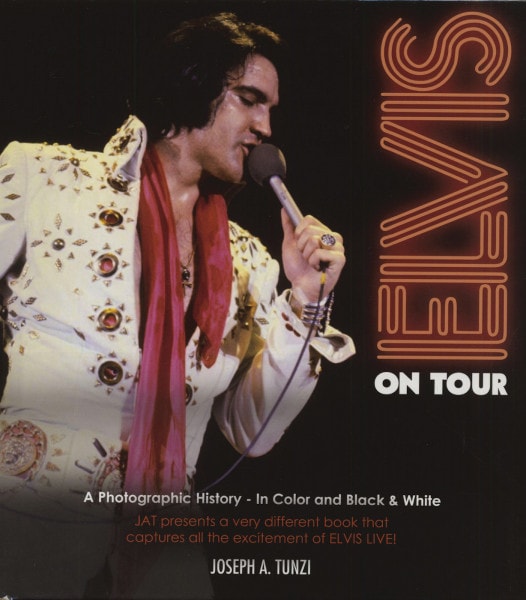 "Elvis On Tour was the definitive look at Elvis’ life and career. While it had excellent coverage of Elvis’ past, On Tour treated Elvis as an important contemporary artist. In the early seventies, a lot of young rock fans didn’t have any reverence for the performers who were prominent before The Beatles. On Tour helped change this as it landed Elvis several maior features in highly revered rock periodicals of the day. Not only did the coverage lead younger readers to discover who Elvis was in the 505, but it also made them curious as to what he was doing now. With Elvis On Tour, Elvis finally achieved his goal of being an award-winning movie. It was awarded the Golden Globe for best documentary of
1972.

Elvis On Tour the book captures photographs that take you behind the scenes during the making of this seminal documentary. Just like the film it covers these images tell us so much about Elvis Presley. While it may sound obvious to say that that Elvis pleased his audience, these photos reveal how much he got back from them. Elvis may have been informal on stage, but he always paced the show perfectly. It was this spontaneity that kept people coming back to see the show again and again. I hope this publication is also something that you will enioy many times. There’s always something unique to see when it comes to Elvis Presley."