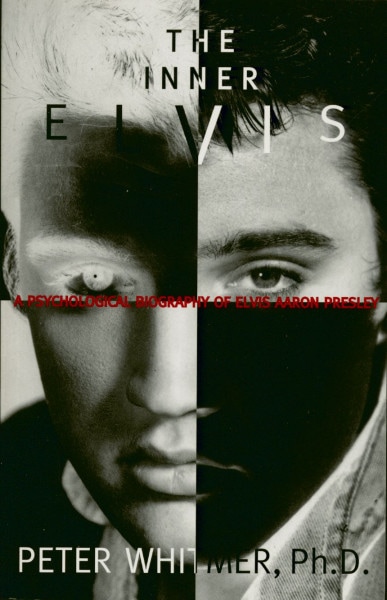 STARTLING REVELATIONS FROM - THE INNER ELVIS
When Elvis was considering plastic surgery on his nose and an intestinal bypass oper-ation, he made his friends go through the surgeries first to see how their bodies react-ed to them.
Elvis may have slept with Priscilla Presley only once—when they conceived Lisa Marie—because he had an aversion to sleeping with women once they'd had a child.
Elvis had many strange food obsessions—he wouldn't let anyone touch or breathe on his food before he ate and wouldn't let Lisa Marie have a bite of food from his plate. Elvis and his mother, Gladys, had a lethally enmeshed relationship, one that would stunt Elvis's relationships with women for the rest of his life.
Contrary to what the press was told, Elvis did everything to avoid being drafted. Elvis's parents both had drinking problems, and his father often beat his mother. Elvis was so concerned about this that it was hard for him to leave his mother alone with Vernon.
Elvis coerced President Nixon into giving him a Bureau of Narcotics and Dangerous Drugs badge, which he wanted so he could transport guns and pills across state and international borders.
The Inner Elvis is a unique and inspired look at the complicated, captivating, and vulnera-ble human being behind the Elvis Presley legend—one that will shock and surprise even those readers who thought they already knew everything there was to know about the king.
PETER WHITMER received his Ph.D. in clinical psychology at the University of Miami. He has a consulting practice, and has taught psychology at the University of California and the University of Miami. He is the author of Aquarius Revisited and When the Going Gets Weird: A Biography of Hunter S. Thompson. He lives in Princeton, Massachusetts.