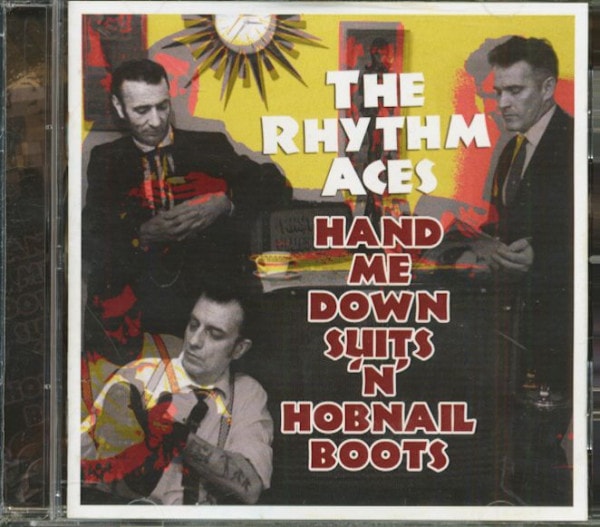 The New Orleans-born Moore formed the first edition of the Rhythm Aces in 1952 at Fort Benning, Georgia while in the Army. In 1961, he put together a new group by the same name in Montgomery, Alabama. As their reputation grew, the Rhythm Aces played locally behind Sam Cooke, Otis Redding, Etta James, and Wilson Pickett. Montgomery wasn't far from where Hall had set up shop to define the emerging Muscle Shoals sound with his hit productions on Arthur Alexander (1962'sYou Better Move On) and Jimmy Hughes (Steal Away in 1964 for Hall's Fame label). The Rhythm Aces struck paydirt at their first visit to Fame in late '65.

Jimmy Johnson, Fame's resident session guitarist, engineered Searching For My Love, which Moore wrote. ”It was a self-contained band, and they all came up in one 1955 blue Buick,” says Jimmy. ”They had the bass drum and a lot of stuff on the top of the car. I do not know how they got everything in there.” Once they got all that gear unloaded and tuned up, the Rhythm Aces delivered an outstanding performance on the easy-surging mid-tempo theme, Jenkins' plaintive, soul-drenched vocal soaring atop Laws' organ cushion and Bobby's gently insistent horn (Moore ostensibly doubles as one of the harmony singers).

Moore and Jenkins lip-synched their smash in front of the Huntsville, Alabama Community Center on the Dick Clark-helmed ABC-TV program 'Where the Action Is' minus the rest of the band; surrounded by an integrated gaggle of casually attired teens, their classy stage uniforms, complete with bowties, looked a tad out of place. Checker issued a splendid album named after the hit (instead of placing a photo of the band on its cover, Checker chose a shot of a pretty lady taken by house shutterbug Don Bronstein). The group's late '66 Moore-penned encore Try My Love Again, in the same groove as Searching, cracked the R&B Top 40. The more upbeat Chained To Your Heart was their last Checker chart entry during the summer of '67.

Despite numerous personnel changes over the decades, Bobby Moore & The Rhythm Aces never stopped playing fraternity bashes and local dances. He was still going strong around Montgomery prior to his death at age 75 on February 1, 2006.