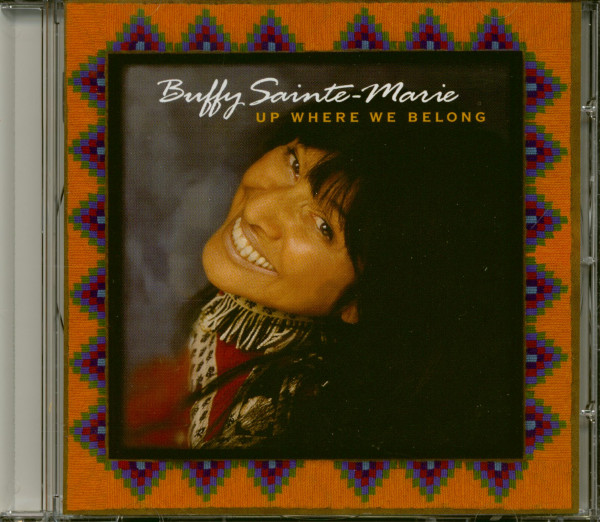 Buffy Sainte-Marie: Up Where We Belong (CD)

Artikeleigenschaften von Buffy Sainte-Marie: Up Where We Belong (CD)

Buffy Sainte-Marie wrote Universal Soldier as a 22-year-old, describing it as "a song of war and peace, but mainly as a song of personal responsibility." One source claims that it was inspired by a 1963 incident in which Sainte-Marie "witnessed wounded soldiers returning from Vietnam at a time when the U.S. government was denying involvement." It was first heard on her debut album, 'It's My Way.'

In the UK, Donovan's cover popularized the song. It was the title of his extended play [EP] album that also featured The War Drags On . The EP’s liner notes offered some of Donovan's thoughts on war, including: "I've seen the advertisement 'It's A Good Life In Today's Modern Army'' beside photographs of mutilated Vietnamese children." His version entered the U.S. Pop chart on September 25, 1965, the same day as a competing version by American Glen Campbell. Campbell's version eventually peaked at #45, Donovan's at #53.

Among Sainte-Marie's most popular compositions are Until It's Time For You To Go, recorded by Elvis, Neil Diamond and Barbra Streisand to name but a few, and 1982s Up Where We Belong, the Academy Award winning #1 hit for Joe Cocker and Jenifer Warnes (from the film 'An Officer and a Gentleman'). She continues to write and record, and in 2009 released a CD/DVD package entitled 'Running For The Drum.

19,95 €
Kunden haben sich ebenfalls angesehen
Up Where We Belong (CD) 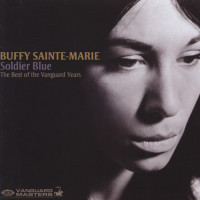 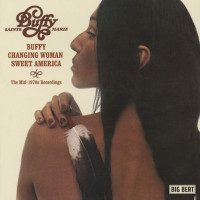 Tracklist
Sainte-Marie, Buffy - Up Where We Belong (CD) CD 1
01 Darling Don't Cry
02 Up Where We Belong
03 Piney Wood Hills
04 Cripple Creek
05 God Is Alive, Magic Is Afoot
06 Until It's Time For You To Go
07 Universal Soldier
08 Goodnight
09 Dance Me Around
10 He's An Indian Cowboy In The Rodeo
11 Now That The Buffalo's Gone
12 Soldier Blue
13 Eagle Man/Changing Woman
14 Bury My Heart At Wounded Knee
15 Star walker