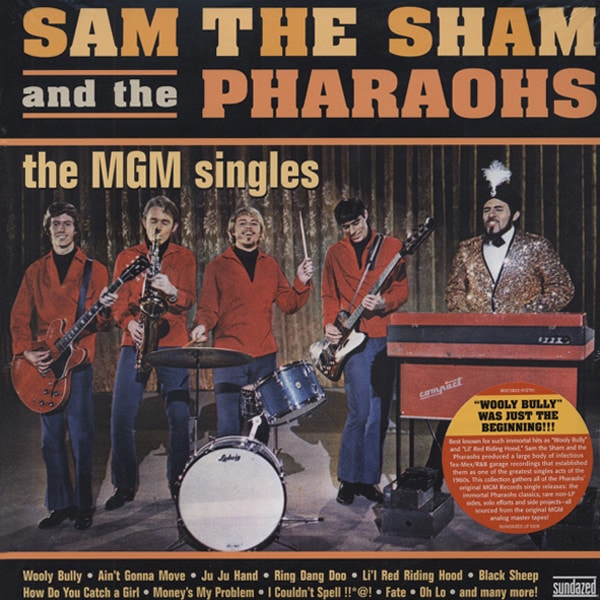 First ever collection of '60s MGM singles-A&B sides! These days, Sam the Sham and the Pharaohs are best remembered for such infectious '60s hits as "Wooly Bully" and "Lil' Red Riding Hood," and for the sartorial splendor of turbaned frontman/organist Sam the Sham (n'e Domingo Samudio) and his bandmates. But the one-of-a-kind Memphis-by-way-of-Texas quintet produced a large and highly original body of R&B/blues/Tex-Mex/garage tunes that established them as one of the greatest singles bands of the 1960s. While the band's wacky humor and flamboyant visual image may have threatened to brand them as a novelty act, their raw exuberance, rootsy grit and playfully subversive streak made it clear that Sam and his Pharaohs were the genuine article.

Throughout the second half of the '60s, Sam the Sham and the Pharaohs turned out a lengthy string of killer seven-inchers. Many of those singles boasted non-album B-sides that were as memorable as their better-known A-sides. Now, for the first time ever, Sundazed Music has gathered both sides of every one of the band's original MGM Records singles on this lovingly packaged 2-LP collection. The sizzling set includes such immortal Pharaohs classics as "Wooly Bully," "Lil' Red Riding Hood," "Ju Ju Hand," "Ring Dang Doo," "Red Hot," "The Hair on My Chinny Chin Chin," "How Do You Catch a Girl" and "(I'm in With) The Out Crowd," along with an amazing assortment of rare non-album B-sides, solo efforts and side projects.

These long-out-of-print gems have been sourced from the original MGM masters and sound better than ever!!! "I just returned home to cold, frigid Boston from a month in the California desert and the Sierra Nevada to find my copy of your new double vinyl Sam the Sham release, along with the accompanying CD awaiting me at my office. I rushed home from work, beelined it to the basement to clean the LPs (yes, even new albums get the treatment!), and proceeded to listen to the entire set twice (that's 64 tracks). I was and am amazed at the great sound and the near perfection of your set. I know these old favorites like the back of my hand, but with the better sound (especially on the formerly 45rpm only releases) and the inspired concept of tracking each single A & B in chronological order, I almost felt like I was hearing them for the first time.

They sounded THAT fresh! Everything about the packaging is top notch, too: the inner gatefold sleeve layout with the Billboard and Cashbox adverts is great; love Scott's notes; the bold typeface used on the front cover, paired with the shot of the band playing "Monkey See, Monkey Do" shouts out as loudly as "uno, dos, tres, cuatro." The rear cover with its record labels shows just how prolific the band was. Thanks for including the Sham-ettes' singles as bonus tracks on the LPs. This vinyl release blows all previous compilations out of the water. The Rhino CD had a different focus and was fine for its time, but your superior concept, packaging and sound should make you and your entire team very proud. I hope Sam is as enthusiastic about this project as this booster is. Just thought I'd let you know. Now I've got to get back to some serious fun listening." 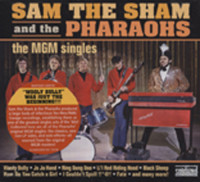 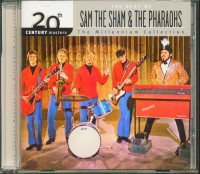 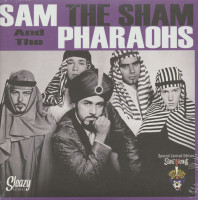