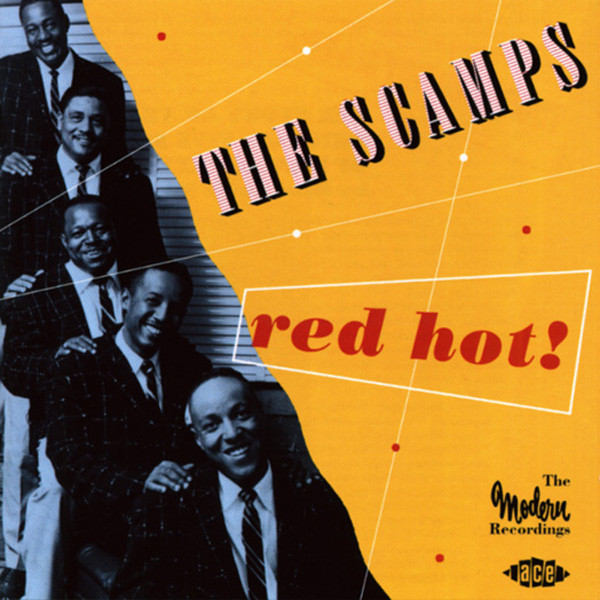 Erfahre mehr über SCAMPS
The Scamps The Scamps Solitude It's remarkable that various incarnations of The... mehr
Menü schließen
"SCAMPS"

It's remarkable that various incarnations of The Scamps - another self-contained unit - entertained audiences in their native Kansas City and surrounding environs from 1946 into the new millennium. Their heyday was, of course, the post-war era.

Lead tenor/conga player Earl Robinson and bass singer/bassist James Whitcomb first teamed with brothers Wyatt and Torrence Griffin (both sang tenor; Wyatt would double on guitar) during the 1930s while they toiled at a Civilian Conservation Corps camp in Parsons, Kansas (they were dubbed 'The Scamps of CC Camp'). When pianist/saxist/vocalist Rudy Massingale put together a group in 1946 with Wyatt, Griffin tracked down his CCC buddies and The Scamps were born. Gigging steadily around K.C., they picked up well-connected Johnny Tumino as their manager. In early '47, he got them a pact with the Bihari brothers' Modern Music label in L.A.

The Scamps debuted that February with a mellow rendition of Erskine Hawkins' Don't Cry Baby and encored with a treatment of Frankie Laine's smash That's My Desire, covering The Four Aces' I Wonder, I Wonder, I Wonder on the flip (original material wasn't their strong suit). They latched onto Duke Ellington's stately 1935 hit Solitude as their fourth Modern platter in December of '47, lead singer Robinson and his pals granting it a sumptuous reading. After one more Modern 78, The Five Scamps, as they were then known, moved to Columbia in 1949, covering Amos Milburn's Chicken Shack Boogie and waxing their best-known number, Red Hot. Sadly, Torrence Griffin had been killed in a hunting accident the year before (Edward Stafford replaced him).

Griffin left in 1951 and formed his own Wyatt Griffin & The 5 Scamps, in direct competition with his former group. Personnel changes abounded over the course of the decade, but four original members (including Wyatt Griffin) were on hand when The Scamps made their only single for Houston-based Peacock Records in 1955, Yes, My Baby. Although their recording heyday had come to an end, K.C. nightspots were only too happy to keep on booking The Scamps. Massingale stuck with the group into 1960, and Robinson remained a Scamp until 1994. Now that's longevity!