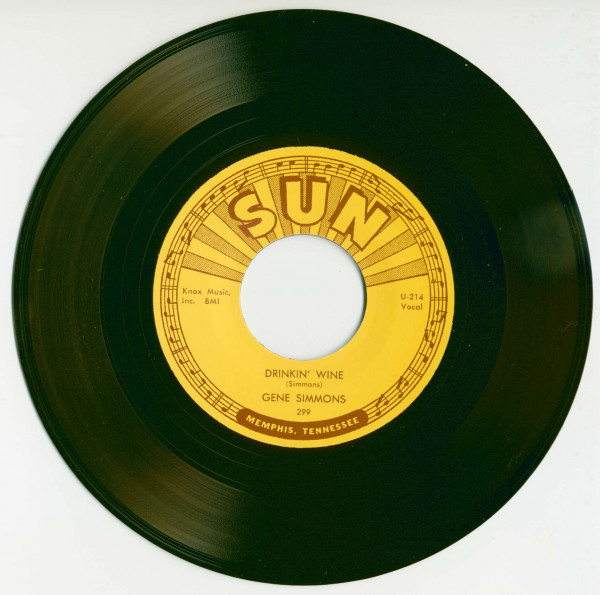 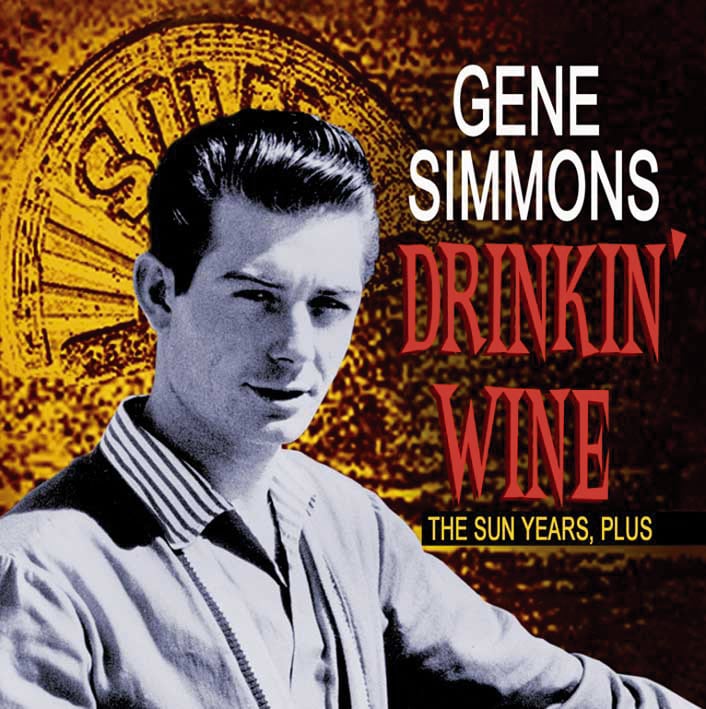 small crowd gathered around one of the tables at a recent Record Collector convention. A fan approached the bored looking dealer and asked, "Do you have anything by Gene Simmons?"

The dealer reached into a stack of garage-sale looking LPs and produced two albums by Kiss. The buyer looked at them blankly and said, "Not this Gene Simmons. I'm looking for the real one."

Now it was the dealer's turn to look blank. A few other collectors drew closer to hear the conversation. "You know,"  the buyer persisted, "the guy who used to record for Sun."

"And Chess," someone else said. "I've got some singles on Checker and Argo."

"Yeah, but he cut those at Hi," somebody corrected.

The dealer, whose musical knowledge apparently trailed off south of 1975, looked shell-shocked. "There was another Gene Simmons?!"  he asked meekly.

Yes, there certainly was. In fact, if you count the 1940s actress Jean Simmons, there were at least two of them. Here, we're going to confine our attention to the Gene Simmons who came to Sun records sometime around 1955, hung around the studio for about three years, and then wandered across town to the Hi studio, just when that other Memphis label was beginning to get its act together. In the process he recorded a lot of primitive sounding, bluesy and very collectable sides.

The real Gene Simmons, as our collector friend so eloquently put it, was no stranger to microphones. He sang into them at 706 Union Avenue in Memphis, and on lots of stages at local clubs and in makeshift studios at radio stations. During the early years, if a friend had a halfway decent home tape recorder, Gene sang into that as well. When they were kids during the late 1940s and early '50s, Gene and his older brother Leon entertained strangers in the town courtyard for spare change. Even though they were more involved in agricultural work than the music business, Gene and his brothers (by now Carl had joined them) did their share of singing into make-believe microphones that were crafted out of tree branches, picked up in the fields they were plowing. Singing into tree-branch microphones was an image Gene shared with more than one interviewer long after his recording of Haunted House hit the pop charts in 1964.