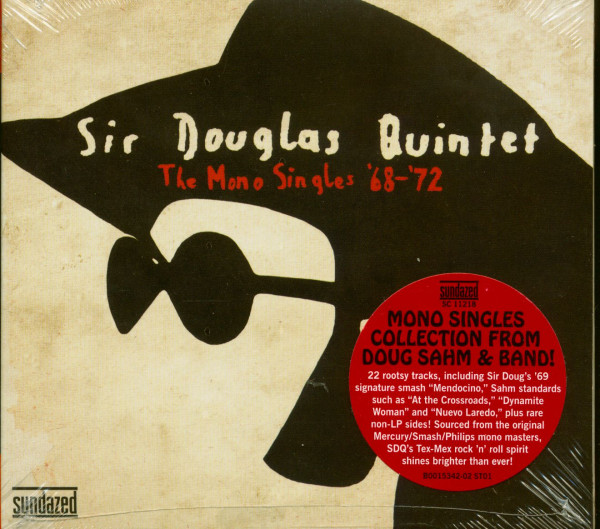 The 'Doug Sahm And Band' LP was released in January 1973; by April, it was clear that it would be a commercial bust, but Atlantic had already committed to one more album. Culling three tracks from the 'And Band' sessions, Atlantic sent Sahm to Wally Heider's San Francisco studio in April to round out the second album with some small, inexpensive sessions. Sahm's champion at Atlantic, Jerry Wexler, was watching his big dream crash down with the epic failure of the Willie Nelson and Doug Sahm projects. Wexler had already left the day-to-day running of Atlantic and had relocated to Florida. His relationship with company president Ahmet Ertegun was deteriorating, and Ertegun pulled the plug on Wexler's Nashville office in September 1974. In '75, Wexler left the label he hadn't founded but had helped to create.

Drawn from the San Francisco sessions, Texas Tornado was very much in the riff-driven Tex-Mex mode that Sahm had made his own. It cried out for the accordion and horns that Atlantic wouldn't spring for. The only single pulled from the album, it didn't make a blip anywhere. Doug stuck with the name, though. When he reappeared on ABC in 1976, his band was called Sir Doug & the Texas Tornados, and in 1990 he assembled another supergroup, this one comprising himself, Augie Meyers, Freddy Fender, and Flaco Jiminez. They too were dubbed the Texas Tornados. Success remained elusive but Sahm's reputation in the fifteen years since his death has risen ever higher.