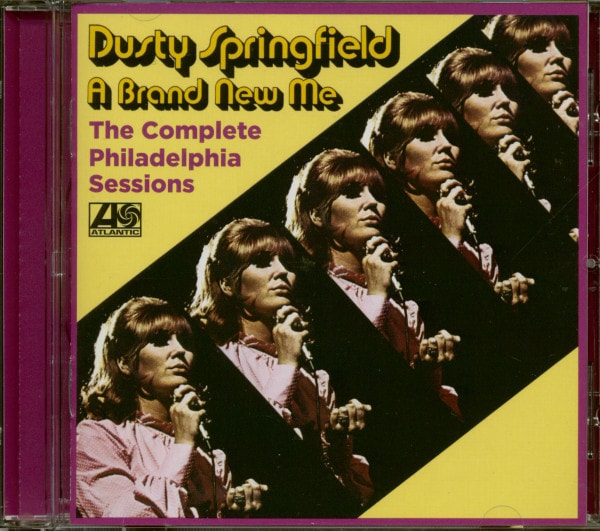 (2017/Real Gone) 17 tracks - For the first time on CD - all of Dusty Springfield's 1969-1970 Soul - Pop performances incl. one previously unreleased track.
, -
The title of Dusty Springfield's first album of the new decade boldly proclaimed the singer A Brand New Me. It wasn't mere hyperbole.The January 1970 release on Atlantic Records, which followed her now-revered but initially-overlooked Atlantic debut Dusty in Memphis, might as well have been titled Dusty in Philadelphia.

It teamed the soulful British songstress with Kenneth Gamble, Leon Huff and Thom Bell, the "Mighty Three" whose elegant spin on R&,B would soon put The Sound of Philadelphia on the map. The ten tracks comprising A Brand New Me were recorded over a brisk few days in September 1969, and Dusty returned to the City of Brotherly Love the following February to record another seven songs.

Inexplicably, only one of those seven tracks saw the light of day until the compact disc era. Now, The Complete Philadelphia Ses-sions: A Brand New Me brings together all seventeen sublime songs recorded by Dusty Springfield with the architects of Philly soul, including one never-before-released performance, all completely remixed for a vivid new perspective on this perfect musical marriage...

(from the liner notes by Joe Marchese)

The Star Of My Show