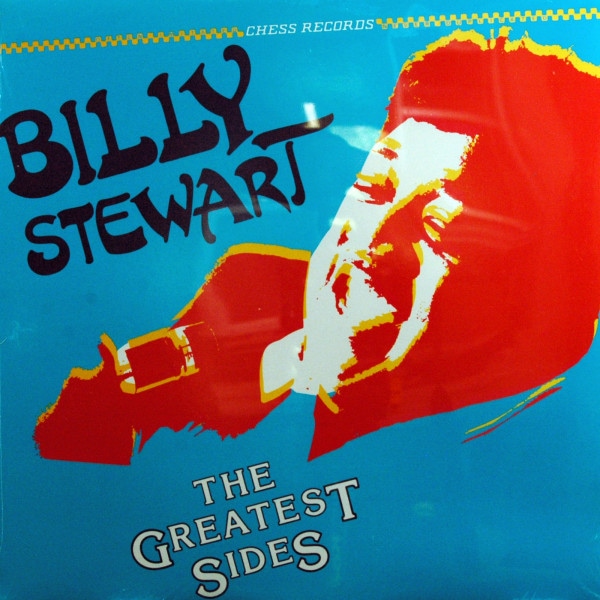 Giant-sized with an idiosyncratic vocal delivery laced with tongue rolling and percussive consonants, Billy Stewart had a giant mentor at Chess Records in Bo Diddley. Born March 24, 1937 in Washington D.C., the gospel-trained Stewart was discovered by the Chicago guitarist in 1956 playing at a bar near the Dunbar Hotel, Bo's home away from home when he headlined the Howard Theater. Bo took his discovery back home and cut his two-part debut single for Chess, Billy's Blues (its central guitar riff, played by Jody Williams, was appropriated for Mickey & Sylvia's Love Is Strange, leading to litigation aplenty). Bo also produced and played on Stewart's '57 single for OKeh, Billy's Heartache, where Stewart was vocally backed by The Marquees (their members included young D.C. resident Marvin Gaye).

Billy didn't record again until 1962, when he returned to Chess under Billy Davis's direction and scored a sizable hit his first time out with Reap What You Sow (its flip, Fat Boy, gave him an enduring nickname). Stewart had another hit the next year with Strange Feeling. At a December '64 date, he laid down his two greatest originals. In front of the superlative Chess house rhythm section (guitarist Gerald Sims, pianist Leonard Caston, Jr., bassist Louis Satterfield, and drummer Maurice White), Stewart invested the atmospheric, Latin-tinged I Do Love You with a falsetto-laden vocal that sounded like nothing else on the radio. It shot up to #6 R&B and #26 pop.

Four months later, Stewart did even better on the charts with the other gorgeous ballad done that day, Sitting In The Park. Pop audiences embraced Billy when he focused his quirky vocal delivery on George Gershwin and Dubose Heyward's hoary pop standard Summertime. Phil Wright's brassy arrangement was matched by Stewart's dazzling vocal gymnastics, resulting in his only Top 10 pop hit in 1966 (he lip-synched it on Dick Clark's ABC-TV program 'Where The Action Is' decked out in full cowboy attire). "Billy was a character!" laughs Gene Barge, who produced some of his later Chess sides. Another old pop standard, Secret Love, underwent a similar Stewartization, but 'Motormouth' eventually reverted to fresh material until a January 17, 1970 auto wreck in North Carolina killed him and three band members.