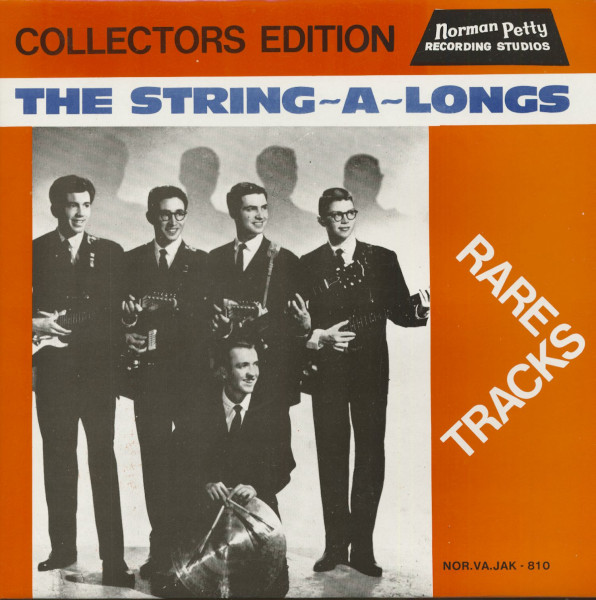 P Jetzt Bonuspunkte sichern
Beschreibung Bewertungen 0
Beschreibung
(Nor-VA-Jak) 17 tracks The sound of The String-Alongs is a unique one. In 1961, this wide,... mehr
Menü schließen

The sound of The String-Alongs is a unique one. In 1961, this wide, wide world first heard this sound which comes from a small recording studio in Clovis, New Mexico. That very successful sound was a song called Wheels. If you have that recording, you might ask yourself how and why such a simple, pretty little thing has become a standard of the all-time instrumental hits... but listen again ... for not only will you hear the melody line very plainly... the entire sound just settles over you like a good feeling. Such sound is uncomplicated and does not depend upon tinker bells or decibels to make it com-fortable and attractive... just plain, beautiful sound for the pleasure of it!

Back then...that little studio in Clovis had only mono and stereo recorders... but things have changed. Now the place is loaded with great electronic gadgetry and multi-track recorders. But you know what? Listen to this album and you will hear... not ear-testing, far out noise from the use of those many tracks... but sometimes-soft, some-times groovy, velvet-like beautiful happenings in sound with the many tracks used only to add more freedom of expression to this small group of musicians with big musical ideas!

The String-A-Longs have taken some of the wide world vocal hits and have added their own very special luster to good melodies that were first vocals, then they have added their soft touch to songs meant to be instrumentals. Perhaps the world just seems to be closing in by getting smaller. Add this sound collection to yours and enjoy even a wider world of shimmering, musical magic from Nor-Va-Jak and from ... The String-A-Longs! 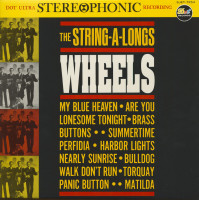