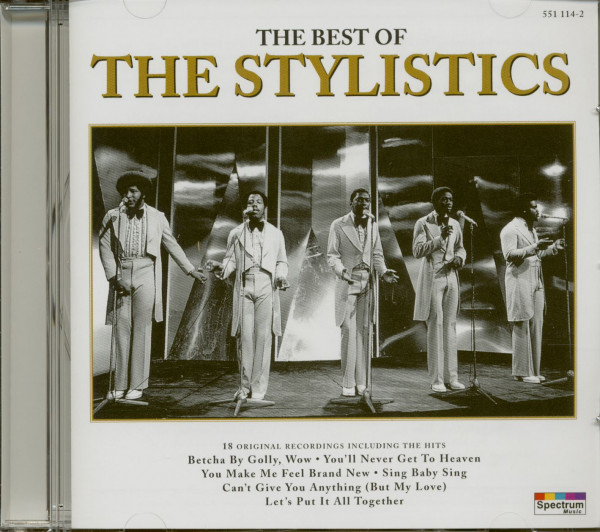 The Stylistics: The Best Of (CD)

Artikeleigenschaften von The Stylistics: The Best Of (CD)

Of all the sweet-singing soul groups dominating the early ‘70s airwaves, none boasted a creamier sky-high lead tenor than The Stylistics. Born March 21, 1951, Russell Thompkins, Jr. was the Philadelphia quintet’s not-so-secret weapon, giving them a major edge that they rode during a streak of 13 Top Ten entries between 1971 and ’75. Nearly all were dreamy ballads.

The Stylistics were the result of a 1968 merger of two groups competing at a talent show at Philadelphia’s Benjamin Franklin High School. The Monarchs contributed Thompkins, James Smith, and tenor Airrion Love, while The Percussions coughed up baritone Herb Murrell and James Dunn. The Stylistics signed their first pact with Sebring Records and released their debut single You’re A Big Girl Now, which stirred up enough local business to interest AVCO Embassy in acquiring the rights. It proved a #7 R&B seller in early 1971.

Stop, Look, Listen (To Your Heart) and You Are Everything later in ’71 preceded the breathtaking Betcha By Golly, Wow, a sterling example of symphonic Philly soul (Bell was its arranger/producer) that blasted up to #2 R&B and #3 pop as it went gold. Philly’s first-call rhythm section gathered at Philly’s Sigma Sound to lay down the backing track: guitarists Norman Harris and Roland Chambers, bassist Ronnie Baker, drummer Earl Young, keyboardist Lenny Pakula, conga player Larry Washington, and Vince Montana on vibes. Creed and Barbara Ingram beefed up the backing vocals.

The Stylistics posted two more blockbusters, People Make The World Go Round and I’m Stone In Love With You, before year’s end. 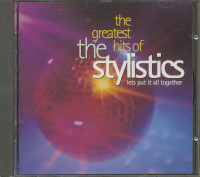