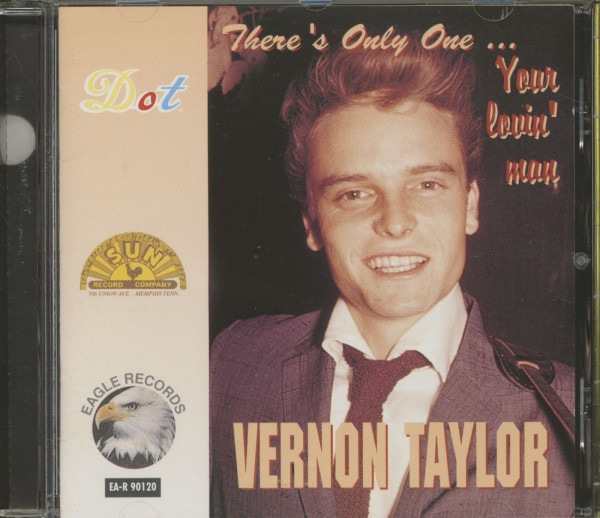 Today Is A Blue Day (unissued alt)
Vernon Taylor doesn't get much respect as a SUN artist. His two SUN releases did not inspire many major reissue projects or invitations to European festivals. Taylor came a little too late (1959) and brought too little to the party (a tepid sax-based remake of Mystery Train wasn't likely to stir up the troops.)

Too bad some of the other titles he recorded were never released at the time. The verdict might have been different. The "popified" folk-country version of Today Is A Blue Day that was released on SUN 310 gave no hint of the unissued versions in the vault that lay awaiting discovery. Vernon Taylor was one of Jack Clement's projects and, truth be told, one of his less successful ones. Of greatest interest here is the powerful drumming by J.M. Van Eaton (RIGHT) that drives this alt take. In particular, the way the drums
come thundering in for the second half of the verse ("Maybe there will be…") brings this alt take to life.

Although Van Eaton was also around for the session that spawned the issued version, none of the energy that happens here so effortlessly appears there. If you know SUN 310, you can't help but marvel at what was passed over in the interest of catering to a changing marketplace that wanted the edge taken off its music.

That seems to have been a major loss in general, but especially at SUN.