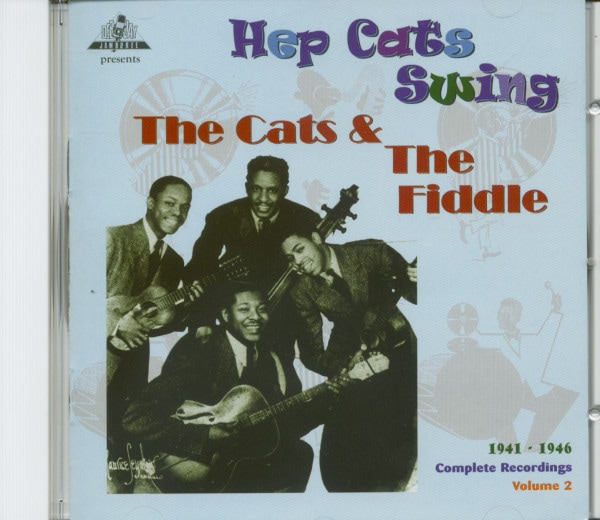 Artikeleigenschaften von THE CATS AND THE FIDDLE: Vol.2, Complete Recordings 1941-46

The Cats and The Fiddle

The Cats and The Fiddle

Do You Love Me

A decade earlier, The Cats and The Fiddle were one of the hottest vocal groups around thanks to their 1940 classic I Miss You So. Written and fronted by then-first tenor Jimmy Henderson, it made the self-contained Chicago-based unit stars (it's on our previous volume). All four members played stringed instruments in addition to singing; they were produced by Lester Melrose for Bluebird Records.

Henderson died shortly after I Miss You So came out (for a while, future four-string jazz guitar great Lloyd 'Tiny' Grimes was a Cat). More Bluebird 78s followed, but World War II intervened. By the time The Cats and The Fiddle got back into the studio in early 1946 for Manor, their personnel had changed significantly. Founder Austin Powell, their longtime lead singer and guitarist (born August 14, 1917), had been drafted into the Army. But fellow original Ernie Price, who sang second tenor and doubled on guitar and tiple, was still on hand. One of the first things they cut was a remade I Miss You So that came out on Manor's Regis logo.

Powell got out of the service that spring and resumed his role as leader, though from 1947 on, the Cats incorporated a female voice to fatten their harmonies even more and assume part of the lead load. They made a session in September of 1949 for Ivin Ballen's Philly-based Gotham label. Powell co-wrote the velvety ballad Do You Love Me, but he ceded the lead role to new recruit Johnny Davis (others were Price, George Steinback, and Doris Knighton, who had replaced Shirley Moore in 1948; she may have co-penned Do You Love Me). The single was issued in April of '50. More personnel upheavals followed.

Powell kept The Cats and The Fiddle active into 1951 before changing the name of his enterprise to The Austin Powell Quintet and recording for Decca. He made a '52 Atlantic single under his own name with The James Quintet (who had previously recorded for Coral, Derby, and Decca), then joined the act. Price had his own Cats and The Fiddle group for awhile. Powell was half of Tic and Toc on RCA's Vik logo in '56, and played guitar and tenor sax with Louis Jordan in 1957, recording with him on Mercury. Powell died August 30, 1983. 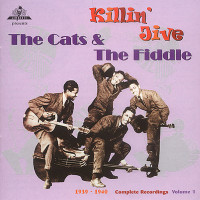 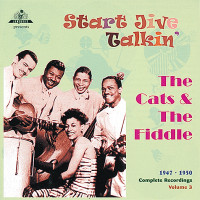