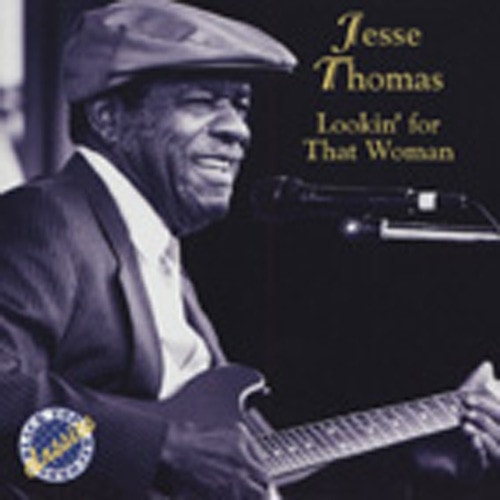 JESSE THOMAS was an amazing blues treasure who recorded for Victor Records at the age of eighteen in 1929. He also recorded for Modern, Elko. Hollywood, Freedom, Miltone and Swing Time, Thomas returned to Shreveport, LA in '56 and played there for the remaining 39 years of his life. Jesse's almost expressionless face was a contrast to his sensitive and quirky self-penned songs. The veteran country blues guitarist played a series of festivals in the early '90s including Chicago in '92.