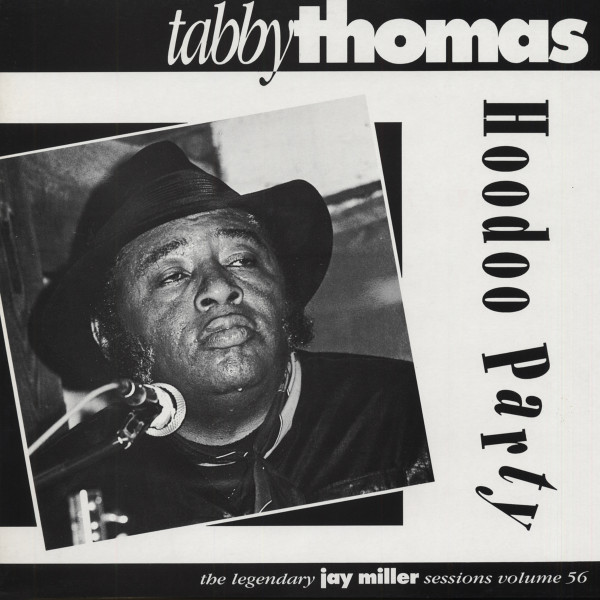 Tabby Thomas was a larger than life character who became in- tegrally associated with the blues in Baton Rouge after he opened his Blues Box club in 1980 and kept it going through the darkest times when urban renewal removed the environment of the blues and most younger black people eschewed the music. Yet Ernest Joseph Thomas, born in Baton Rouge in 1929, was not a bluesman, as such, growing up on post-war R&B of the urban rather than country styles. He made records, off and on, for forty years and more, firstly in the style of Roy Brown and later with a soul tinge.

He started on HOLLYWOOD RECORDS when he was liv- ing in California in 1952, then DELTA RECORDS in Jackson, Missis- sippi, before he sought out Jay Miller to record for FEATURE around the same time as Lightning Slim in 1954. He didn't appear again on disc until he recorded once more for Jay Miller in the late '50s, filling the intervening years playing piano and singing in local clubs under various names including Joe Pinetop, Singing Tabby Thomas, Rocking Tabby, and the Houserockers. Thomas had a good voice that he had used on a range of ballad and R&B styles, but now he and Miller came up with a new R&B style for two discs on Miller's ROCKO and ZYNN labels, followed by his take on New Orleans R&B, Hoodo Party, which became a big local dance hit on EXCELLO in 1961.

Exhorting listeners to boogie until the break of dawn, Tabby sang some well-known nonsense cou- plets to a solid Latinesque beat with both harp and sax support. Whether Tabby deliberately misnamed the song about voodoo kings and queens or whether EXCELLO misheard the lyric is un- clear. Never an innovator, Tabby continued to record for Miller until 1965, by which time Miller dropped him and other bluesmen...