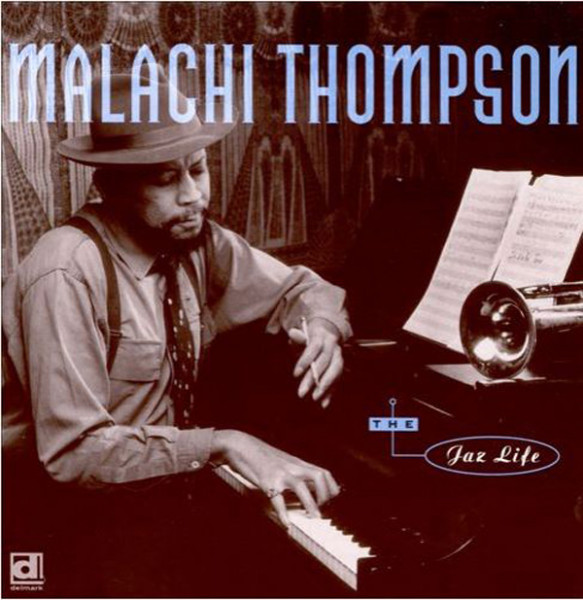 (1991/Delmark) 6 tracks, Trumpeter Thompson's second CD for Delmark has the leader surrounding himself with powerful sidemen and tributes to heroes, while emphasizing that the 'jaz' life (one z purposefully left off) is a struggle to be overcome and to thrive in the midst of. Saxophonists Carter Jefferson and Joe Ford contribute mightily, as they have to projects by Woody Shaw and McCoy Tyner, respectively. Pianist Kirk Brown and bassist Harrison Bankhead play inside and out with equal aplomb, while rhythm navigators like drummer Nasar Abadey and percussionist Richard Lawrence keep things potent and swinging. These six compositions are not only life-affirming, but acknowledgments to such important icons as John Coltrane, Art Blakey, Miles Davis, and some of their important sidemen, who have inspired Thompson during his struggle with a rare lymphomatic cancer. 'In Walked John' starts the CD off, an original of the leader with a rippling Wayne Shorter-Lee Morgan melody wed to a well swung Louis Jordan R&B beat. Trane-like 'Cousin Mary' inferences are tacked onto Jefferson's dusky tenor sax solo and Brown's McCoy Tyner-esque piano. Another penned by Thompson, this time for the 'Mystic Trumpet Man' Davis, is a thoroughly modern chart with soulful yet spiritual nuances, and more Chi-town soul flavor injections. 'Lucky Seven,' a 12-minute composition, has modal, repeated piano chords with horns as an intro, a piano trio workout for the indefatigable Brown, Jefferson going at it on tenor replete with 'A Love Supreme' quotes from the trumpeter, a drum solo for the underrated Abadey, and a polyphonic, multi-layered free section leading to the coda. The other three are standards, one a gospel-blues treatment of the Ray Charles classic 'Drown in My Own Tears' in a total team concept. 'My Romance,' taken in an easy tempo, has Thompson's solidly rearranged ostinato to 3/4 sped-up breaks -- far from a rote approach to this tried and true melody. Jefferson's stick-to-your-ribs solo -- echoes of Gene Ammons by way of Trane/Sonny Rollins -- is grounded and centered in freshness and parameter-pushing. Billy Harper's immortal waltz 'Croquet Ballet,' done originally by Lee Morgan, is sweet and faithful to no fault with the three horns, perhaps a little tamer in its stratospheric catharsis, but no less enjoyable. Thompson really hits the note consistently with this band of modern mainstream jazz masters performing at their best. Recommended.(AllMusic)