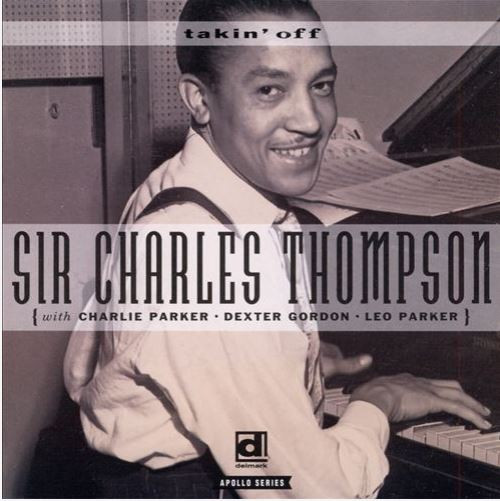 (1992/Delmark) 17 tracks,
Pianist Sir Charles Thompson's first three sessions as a leader (all originally cut for Apollo) are reissued in full on this valuable Delmark CD. Actually, as good as Thompson plays (his main influence was always Count Basie), it is not surprising that he is often overshadowed by his all-star sidemen. The first date (four titles) finds him heading a septet that also includes altoist Charlie Parker, trumpeter Buck Clayton, and tenor saxophonist Dexter Gordon. Thompson is also featured in a septet with trumpeter Joe Newman and baritonist Leo Parker that resulted in four songs and three alternate takes, plus a ten-piece group with both Newman and Taft Jordan on trumpets and altoist Pete Brown. This CD not only has the original two titles from the latter date, but two previously unissued songs and a pair of alternates. With the exception of Charlie Parker and Dexter Gordon, the music is generally swing-oriented with basic originals and concise (but colorful) solos. Highly recommended.(AllMusic)