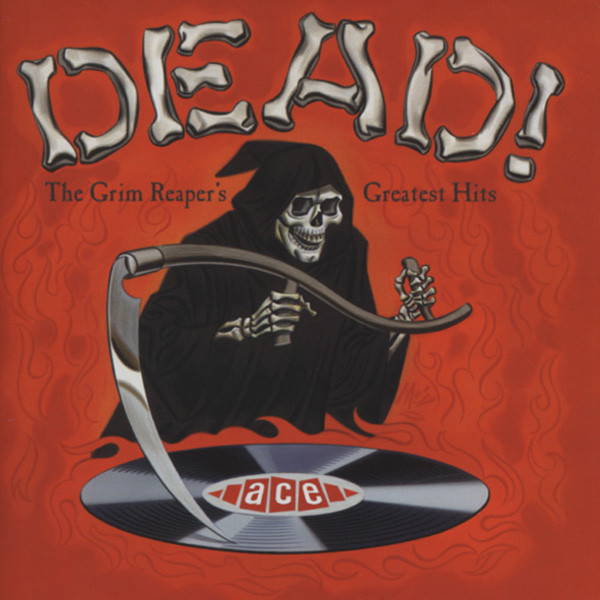 (2006/ACE) 24 tracks with 20 page booklet In the tradition established by our previous successes, 'The Golden Age Of American Rock 'N' Roll Special Novelty Edition', 'Great Googa Mooga', and last Halloween's 'These Ghoulish Things', we present 'Dead!', a compilation that would speak for itself ... if it could! This collection brings the fan who likes their black humour on the lighter side, the first of a planned 2-volume set of 'Death Discs' from the classic era of the late 50s through to the end of the 60s. Included are huge pop hits like 'Terry' by Twinkle and 'Give Us Your Blessings' by the Shangri-Las, both of which straddle the Death Disc and Girl Group sounds. The Joe Meek production 'Johnny Remember Me' shares digital space with 'Tell Laura I Love Her'. The hit-makers on this set also include the Everly Bros, Jan & Dean and Bob Luman. In fact, the compilation is so radio-friendly that it's almost impossible to believe that most of the tracks were banned during the less-enlightened time of their release!