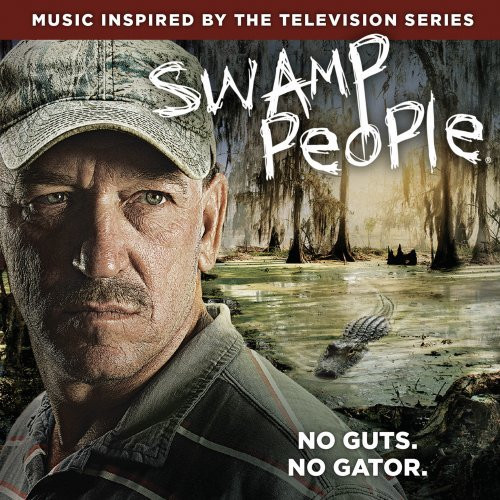 (2013/Rounder) 13 tracks (48:50) Great compilation includes new stuff and classic recordings by: The Neville Brothers, Hank Williams, Jerry Reed, Tony Joe White,
D.L. Menard, Beausoleil a.o.
-
Rounder Records, a division of Concord Music Group, has partnered with HISTORY® to celebrate that legacy with Swamp People®, a 13-song compilation that showcases the music of current and past masters whose styles and sensibilities are rooted in this region. Set for release on May 21, Swamp People®, which serves as an ideal companion piece to the Cajun-flavored series, features the music of the Neville Brothers, Tony Joe White, Buckwheat Zydeco, Jumpin Johnny Sansone, Hank Williams, Beausoleil with Michael Doucet and several others. Many of the tracks have been culled from Rounder s vast catalog of southern Louisiana music and the title track, which leads off the set, is a new song written specifically for Swamp People® by vocalist Steel Bill, aka Billy Joe Tharpe, a native of Livingston Parish, Louisiana, who could best be described as a country rapper. The track is a favorite of Troy Landry, the inimitable, gator-hunting lead from the Swamp People® TV series.